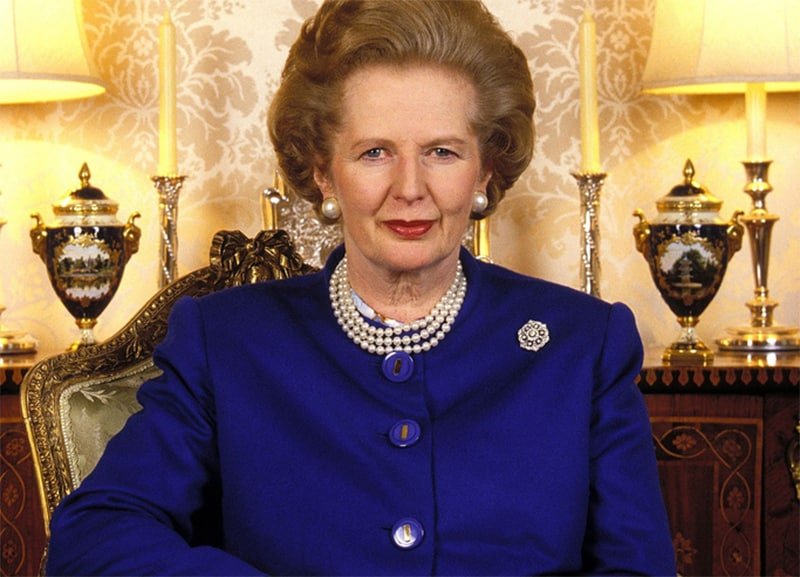 Margaret Thatcher was having dinner at the Élysée Palace when the mice in Westminster scurried to remove her from power in 1990. She had been in talks with European leaders and took a break to talk to reporters and told them she would allow her name to go forward to the second round.

By contrast Theresa May was criss-crossing Europe on a wing and a prayer that she could persuade European leaders to accept that the guarantee – designed to keep an open border between the Republic of Ireland and Northern Ireland – was seen in Britain as the tail that could wag the dog, depriving Britain of the sovereign power to trade freely without hindrance from the EU indefinitely.

Rather like protocol 10 was supposed to be a temporary addendum to the treaty of accession of Cyprus into the EU pending a settlement and is still in force fourteen years after Cyprus joined in 2004, a treaty provision that Britain would require the EU’s agreement to exit the customs union after the transition period is potentially unjust as it is capable of remaining in force indefinitely.

It beggars belief that it has not been possible for Britain and the EU to find a form of words to provide legal assurances to ensure that Britain can withdraw from the customs union and at the same time leave the open border between the republic and the province intact. If the so-called backstop is an insurance arrangement then the answer surely lies in reinsurance by the EU. Britain guarantees a frictionless border in Northern Ireland provided the EU guarantees agreement that Britain’s exit from a customs union would not be unreasonably withheld. This is a well known formula used in the law when it is necessary to provide for an objective requirement of reasonableness in the law of obligations.

Besides, under international law, states have a duty to implement treaty obligations in good faith and it is possible to look at treaty preparatory discussions, known as the travaux prepratoires, to find out the intention of parties in evaluating the requirement of good faith. So an EU assurance that it will not stand in the way of Britain’s sovereign right to trade internationally achieves the purpose of ensuring Britain is not trapped. However this is too convoluted to cut it politically in the febrile atmosphere prevailing in the UK parliament at present, so the easiest way is to insert the words ‘EU agreement for Britain to leave the customs union would not be unreasonably withheld’ and Bob’s your uncle!

Back in 1990 Margaret Thatcher won by four more votes than the 200 Theresa May got last Wednesday, but with an important difference: she had to fight in a second round. On her return from Paris, however, cabinet colleagues lined up to tell her the game was up because she was unlikely to win in the second round and that her position as leader and prime minister was untenable: a very British coup indeed!

The position is different now. A sitting prime minister is not allowed to proceed to the second round if she loses in the first. But if she wins she cannot be challenged for twelve months. Theresa May won fair and square and is fully justified remaining in power until the next general election. It was a vote of confidence and 200 members said they had confidence in her as leader and prime minister and 117 said they did not. In percentage terms she won more than 60 per cent support, yet Brexiteers – who only won 52 per cent of the vote to leave the EU and have been demanding their pound of flesh and holding the country to ransom ever since – without any sense of the irony called on the prime minister to resign on the ground that more than half her party had lost confidence in her.

Margaret Thatcher departed from 10 Downing Street in tears, leaving behind a Conservative party that was to stay divided over Europe. It was said of John Major who succeeded her that he rose without trace and so he had. He took over as prime minister relatively smoothly but proved to be more tolerant of Europe than she was and is now openly campaigning to reverse Brexit.

He fared surprisingly well after he became prime minister and won the 1992 general election and stayed in power until 1997 when he lost to Tony Blair and New Labour. He inherited the first Iraq war but unlike Tony Blair stayed close to international law.  He survived an IRA assassination attack on Downing Street yet began the Northern Ireland peace process that eventually made the Good Friday Agreement possible.

The politician who stabbed Margaret Thatcher in the front in 1990 was Michael Heseltine. He had plotted to become prime minister since his student days at Oxford in the 1950s.  He walked out of Margaret Thatcher’s cabinet and waited for her to self-destruct as political leaders who have been in power too long always do.

A passionate European, Heseltine was made deputy prime minister by John Major. Together with Kenneth Clarke as Chancellor of the Exchequer they kept the same Eurosceptic wing of the Conservative party that is hounding Theresa May at bay in the 1990s. People like John Redwood and Bill Cash and William Rees-Mogg – former editor of the Times and  father of Jacob Rees-Mogg – gave John Major the same grief Theresa May has had to endure since she became prime minister in 2016.

The strength of Eurosceptic thinking in British politics, however, is deep and cuts across party lines. In the Labour Party the prime minister who decided to hold the first referendum on membership of Europe in 1975 was Harold Wilson. He was an agnostic but his cabinet was  completely divided over Europe.  So he decided to hold an in-out referendum – a mechanism unknown to British parliamentary democracy.

Mavericks like Enoch Powell and Labour eccentrics like Michael Foot and Tony Benn were dead against the European Economic Community which they regarded as a capitalist leviathan. Wet liberals like Roy Jenkins and Shirley Williams were very pro European. Roy Jenkins was so pro European he was made president of the EEC Commission from 1977 to 1981. They eventually quit the Labour Party to form the passionately pro European Liberal Democrat party.

So the Labour Party of Jeremy Corbyn is heir to a long eurosceptic tradition as well as a pro European legacy. Its current eurosceptic phase is, however, a relatively new direction for the mainstream of the party. After Neil Kinnock took over in the mid 1980s, right through to the time when Labour was in power under Tony Blair and Gordon Brown in 1997-2010, the EU grew wider and deeper and New Labour was complicit in the idea of spreading the EU wide in the hope of preventing closer political union. But they were careless about the social consequences of large numbers of EU migrants who might wish to come to the UK as a result.

Tony Blair made Neil Kinnock an EU Commissioner and his wife became an MEP. Both are now in the House of Lords forming part of a huge pro European cross party majority in the second chamber. They have all done well out of politics and no one should begrudge them their success, but when it comes to Brexit I prefer the moral compass of Theresa May, the vicar’s daughter, to guide the UK through these difficult times than the other alternative, amoral compasses on display.

Tales from the Coffeeshop: Intransigence not just a right of the Turks