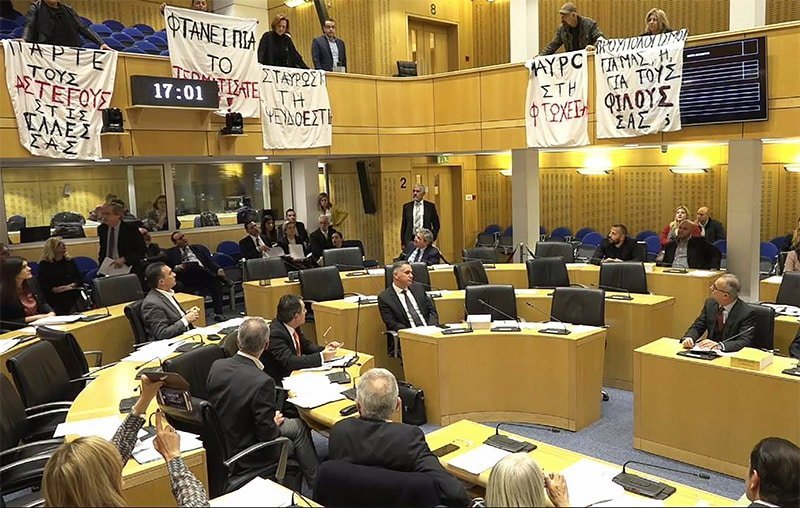 The budget debate on Friday

In previous years the annual budget debate in the legislature focused mainly on the Cyprus problem, party leaders seeing this as an opportunity to present their views on the so-called developments, which they thought would attract more interest. The economy and budget policy, which should have been the main subjects of the debate, were treated as issues of minor importance, superficially acknowledged in the speeches as an afterthought.

This was because very few party leaders or deputies had an understanding of economics and they were much more comfortable speaking about the Cyprus problem, which required no study or preparation. When they mentioned the budget, if they were in opposition, they would complain that state expenditure was too low and, if they were pro-government, they would focus on the items on which spending would increase. Almost all the parties subscribed to the Akel school of economic thought which judges the budget according to the level of state spending – the higher the spending the better the budget.

Since the collapse of the economy, the budget debate features less Cyprus problem and more economics but, sadly, it remains at the same poor standard as the proceedings of the last three days illustrated. We heard, as we do every year, that this was not a ‘development’ budget, which is another concession to the Akel school of economic thought that still maintains the driver of economic growth should be the state, not enough was being spent to support low income families, the bank bondholders, Laiki depositors, rural communities, refugees and the homeless who have become a big issue of late.

All opposition parties turned into defenders of the poor, claiming the gap between the haves and the have nots was increasing – thousands of people were living near or under the poverty line – and blamed this on the government, which followed an economic model that helped the rich. Nobody proposed how this gap would be narrowed. Should taxes have been increased so that there were more handouts to the needy? Or should the government have opted for a deficit budget and defaulted on its loan repayments to make more funds available for welfare benefits as the Christofias government had done?

Unemployment may have fallen, said one Akel deputy, but this was because the wages had been pushed down, the government allowing the deregulation of the job market. This had led to lower living standards and, according to a Diko deputy, the contraction of the middle class. The opposition parties expected the government to raise wages and expand the middle class to its pre-crisis size with the wave of a wand. There was no acknowledgment of the consequences of the worst recession in the country’s history, which followed a bubble caused by excessive bank credit and no concession to the fact that wages are set not by the government, but by demand and supply.

After a deep recession, that caused countless bankruptcies and sent unemployment to more than 15 per cent, only a fool would think that wages would return to pre-crisis levels within a couple of years. Unemployment has fallen significantly because people are prepared to work for lower wages. Only in the public sector have wages returned to pre-crisis levels because these are not determined by the market but are set by weak politicians obeying powerful unions. If the Anastasiades government had not put an end to the pay cuts imposed on public employees there may have been money available to help the poor that our deputies are so concerned about. None of these concerned deputies dared mention that as a result of this unjustified decision, the gap between the private and public sector workers was widening.

These are the haves and have-nots in reality.

It was also rather amusing hearing Diko boast that it supported the state budget because economic stability was a priority for the party. But in order to back the budget, Diko forced the government to spend more on the Solidarity Fund that will give cash assistance to bank bondholders and Laiki depositors as well as increase the lowest pensions. It also backed the introduction of the Estia plan that will reward strategic loan defaulters (it was not approved by the House) as well as Estia2 that will reward people that repaid their loans; it also lowered fuel consumption tax. This is a return to the vote-buying profligacy of the past rather economic stability.

At the least a surplus budget was approved by the votes of Disy, Diko and Solidarity on Friday, which is still a good thing even though there was scope for a bigger surplus that could have been a security against unforeseeable events. If there were none, the extra surplus could have been used to reduce the public debt which remains too high. This was not brought up in the debate because economic prudence is not something deputies value.

Tales from the Coffeeshop: Intransigence not just a right of the Turks

Signs of public shift over a solution