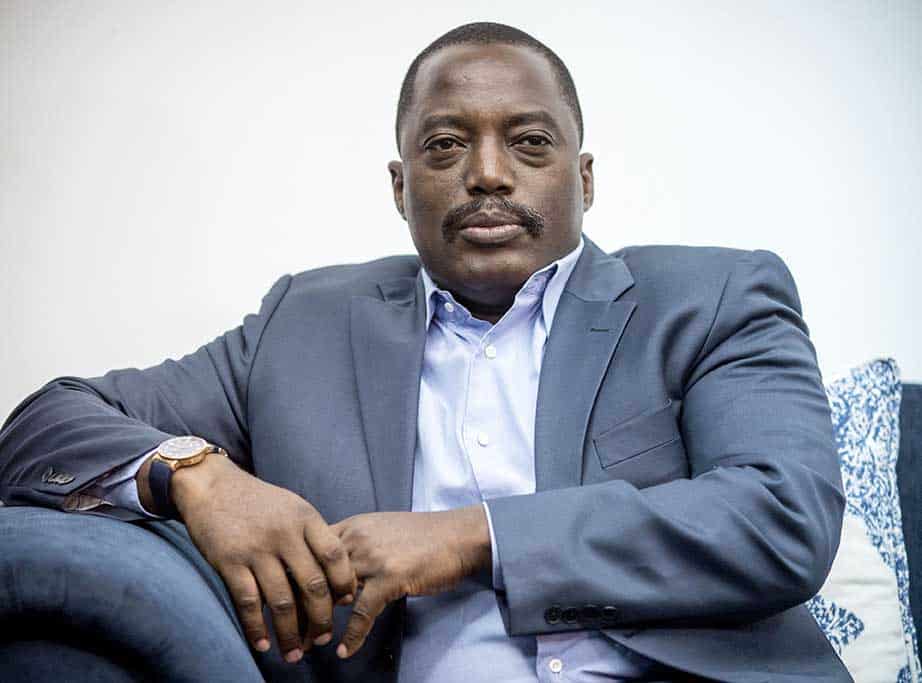 Joseph Kabila, president of the Democratic Republic of the Congo

Maybe the Democratic Republic of Congo (DRC) is a bit more democratic than the mere Republic of Congo, but it’s a matter of (fairly small) degrees. President Denis Sassou has ruled the Republic of Congo for 33 of the past 38 years, winning a couple of civil wars in the process and changing the constitution when term limits got in the way of his staying in power. He’s still there.

President Joseph Kabila of the DRC, on the other hand, is actually leaving the presidency after a mere 17 years in power. He hung on for two years past the scheduled election in 2016, offering a series of increasingly absurd reasons for the delay, but the election will actually be held on 23 December – and Kabila will not be a candidate. So two cheers for democracy in the DRC.

The Republic of Congo is the little Congo (population 5 million), with nothing much to offer the world except oil. That gives it a certain fragile prosperity, although much of the oil money is stolen by Sassou and his associates.

The DRC is the big Congo, with 85 million people scattered across a largely roadless country the size of Western Europe. It should be rich: it has oil, cobalt, gold, diamonds and coltan (used in electronics). But the money is almost all stolen, and it is just about the poorest country in Africa (no. 51 out of 52).

When it got its independence from Belgium in 1960, the DRC was no poorer than other countries in the region (although the Belgians had completely neglected education, and only 17 Congolese had university degrees). What has condemned it to seemingly perpetual tyranny, violence  and poverty is its uniquely awful style of politics.

The first post-colonial leader, Patrice Lumumba, was overthrown within months of taking office, and murdered shortly afterwards. His successor, Mobutu Sese Seko, a former private soldier in the Belgian colonial army, then ruled the country (and looted it) for 32 years. He was finally driven from power in 1997 by a combination of rebellions at home and invasions by African armies that came “to help”.

The invaders helped themselves to a lot of the country’s mineral wealth, and put into power Laurent Kabila, a former Marxist revolutionary and guerilla leader who had served as a Congolese front-man for the invasion. He was assassinated by his bodyguard in 2001 and his cronies and allies chose his son Joseph Kabila, then only 30 years old, to replace him.

Kabila Jr., having initially been very reluctant to take the job (presumably because of the high fatality rate), eventually got into the spirit of the thing. He proceeded to loot the DRC for a further 17 years – Bloomberg reports that his wife, children and close relatives hold 120 mining permits, the main source of money from bribes – and was naturally most reluctant to leave office when constitutional term limits obliged him to step down.

But the pressure mounted inexorably on him, both from better-run African countries and from Western countries, including even Donald Trump’s former UN ambassador, Nikki Haley. After two years of stalling, during which sanctions were imposed on a number of the regime’s senior members, Joseph Kabila agreed to hold elections this month.

So is democracy coming to the Congo at last? Don’t count on it. The regime’s choice for a successor, Emmanuel Ramazani Shadary, is a close colleague of Kabila’s with no independent support base of his own, so if elected he would faithfully serve Kabila’s interests.

Indeed, Shadary could even serve as place-holder until the following election, when it would be constitutionally permissible for Kabila to run for the presidency again (rather as Vladimir Putin put Dmitry Medvedev in the Russian presidency for four years before taking it back himself). Of course, Shadary has to win the election first, but that may not be hard.

Apart from having all the resources of the state at his disposal, Shadary faces a disunited opposition. The seven leading opposition parties, some of them simply the personal political vehicles for one man, tried to agree on a united front last month, but the agreement broke down within a day and there are two competing coalitions of parties running against Kabila’s nominee.

One is led by Felix Tsishekedi, a long-standing opposition figure, the other by Martin Fayulu, a prominent member of parliament. There’s not really much difference between them, and the split is mostly due to the fact that too big a coalition means that if you win, there are too many people seeking a share of the spoils of victory. Nobody imagines that corruption will end if Shadary is defeated.

Since the opposition vote is being split in this way, Shadary will probably win – and Kabila could be back four years later. Or he could end up dead. Any of them could. The political game in the DRC is played for high stakes, but it rarely if ever focuses on the welfare of the citizens.

Dreams versus reality in the push for Cyprus gas

Europe has haunted British politics and its leaders since the 1970s