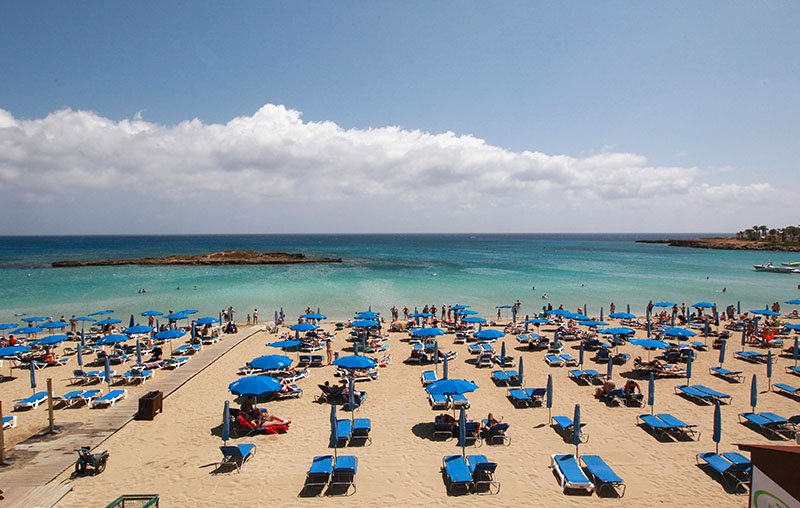 Cyprus recorded record tourist arrivals in November with a rise of almost ten per cent over November 2017, Cystat said on Monday.

“The performance in November marks it as the best November in the history of tourism in Cyprus,” the Cyprus Tourism Organisation (CTO) said in a statement.

“This successful performance for this month is to be added to a series of positive results for 2018, since all the months of this year closed with historical records over the same months in previous years.”

In addition to being the highest number on record for November, tourist arrivals for the period January – November amounted to 3,832,062 compared with 3,553,149 in the corresponding period of 2017, an increase of 7.8 per cent.

This was also a historical number the CTO said. “This is the best 12-month history of Cypriot tourism,” the statement said. The government has been aiming at extending the season in Cyprus and boosting winter tourism, which has prompted more establishments to remain open longer. This has also been fuelled by more airlines continuing to fly to the island all year round.

The CTO in its statement failed to mention the overall figures for Russia, the island’s second-biggest market. According to Cystat figures 824,494 Russians visited in 2017, and in the first 11 months of this year, 774,244 have holidayed here. Even with an optimistic 10,000 or so arrivals from there this month, the total for the year would be down around 40,000 in 2018, or around 5 per cent overall.

Meanwhile, the number of Cyprus residents travelling abroad during November reached 93,023 compared with 94,796 in November 2017, a decrease of 1.9 per cent.

Across Cyprus with some friends