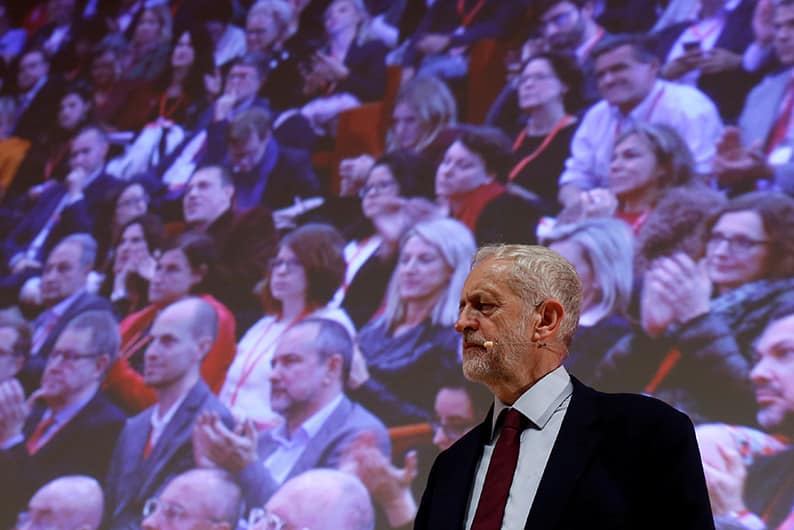 Britain’s main opposition Labour Party will call for a no confidence vote in Theresa May on Monday, a largely symbolic move to step up pressure on a prime minister facing deadlock in parliament over her Brexit deal.

The move by Labour leader Jeremy Corbyn, expected shortly according to a source, does not automatically trigger a vote of no confidence in the prime minister but further complicates her bid to win support for her deal with the European Union.

The source said the move was aimed at forcing May to resign and that the party believed such a vote would happen this week.

May is pressing on with her deal to leave the European Union, her spokesman said on Monday, despite hardening opposition to it. She has rejected calls for a second referendum or to test support for different Brexit options in parliament.

After a tumultuous week in which she survived a confidence vote and sought last-minute changes to a Brexit agreement reached with Brussels last month, May faces deadlock over her deal in the British parliament.

With the EU offering little in the way of concessions to win over lawmakers, an increasing number of politicians are calling for a second referendum – something some of her ministers say could be avoided if the government tested Brexit scenarios in parliamentary votes.

Parliament is deeply divided, with factions pressing for different options for future ties, exiting without a deal or remaining in the EU.

May and her ministers have repeatedly ruled out a replay of the referendum, saying it would deepen rifts and betray voters who backed Brexit by 52 percent to 48 percent in 2016.

That increases the risk of Britain leaving without a deal on March 29, a scenario some businesses fear would be catastrophic for the world’s fifth largest economy.

The political and economic uncertainty over Brexit is having an impact, with data on Monday showing a drop in consumer spending, falling house prices and growing pessimism in household finances.

May will use a statement in parliament on Monday to reject the idea of a second referendum and to again set out that her agreement to keep close economic ties with the EU after Brexit is the only one on offer.

“Let us not break faith with the British people by trying to stage another referendum,” May will tell lawmakers, according to extracts of her statement released in advance.

Business Minister Greg Clark said a second vote would only increase uncertainty for the country.

Several members of May’s cabinet team, including Education Minister Damian Hinds, said at the weekend they were open to putting the range of options to parliament to gauge whether there was a majority for any of them.

May’s spokesman said: “In relation to an indicative vote, there are no plans to hold one.”

The Labour Party, under pressure from smaller opposition parties to propose a motion of no confidence against the government, said on Sunday it would seek to force May to bring the deal back to parliament for a vote before Christmas.

May’s spokesman said parliament’s vote on the Brexit deal will be in January.

May used a visit to Brussels last week to call on EU leaders to offer assurances over the so-called Northern Irish “backstop” – an insurance policy to prevent the return of a hard border between the British province and EU-member Ireland that its critics fear will tie Britain to the bloc in the long term.

But while EU leaders said they were willing to help May, they warned the British prime minister she could not renegotiate the deal.

“What the prime minister is focussed on is securing the extra assurances which are required to get the deal through the House of Commons,” her spokesman said.

Striving for excellence in retina care