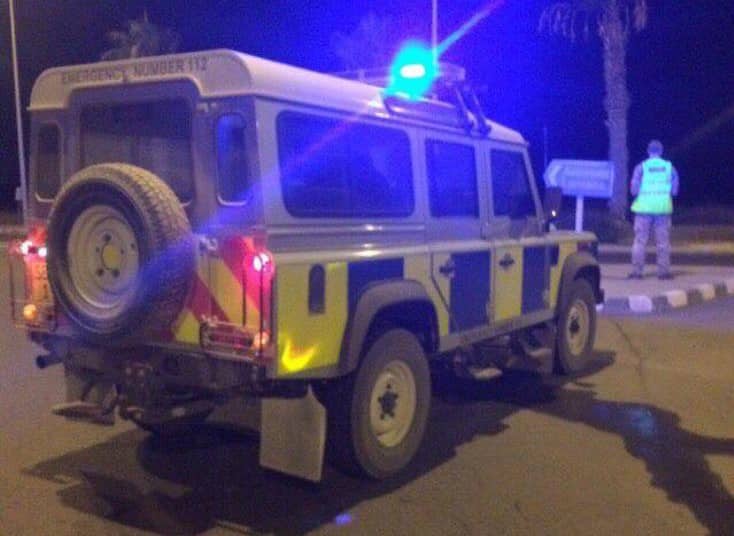 British bases police in Dhekelia have confirmed that two men have been remanded in custody after being arrested Monday night near the Ayios Nikolaos crossing point for illegal entry and attempting to facilitate illegal entry.

Police revealed that a 50-year-old Turkish mainlander was arrested for facilitation and a 22-year-old Iranian male was also being remanded in custody for attempting to enter the SBAs illegally.

The SBA said its police have dedicated “an enormous amount of time” to ongoing operations preventing illegal entry and according to Chief Superintendent Jon Ward, the Divisional Commander for the Eastern Sovereign Base Area, these latest arrests send out a strong warning.

“Last night’s arrests demonstrate the continued effort and determination of the SBA’s to prevent and deter illegal entry into the bases,” he said.

“We will continue to patrol the boundary to ensure the message is clear that illegal crossing will not be tolerated and we will take robust action on individuals who are found doing so.”

Coronavirus: 41 new cases in the north on Saturday

Coronavirus: Vaccine programme benefits seen, portal to open Monday for those aged 29 and 30