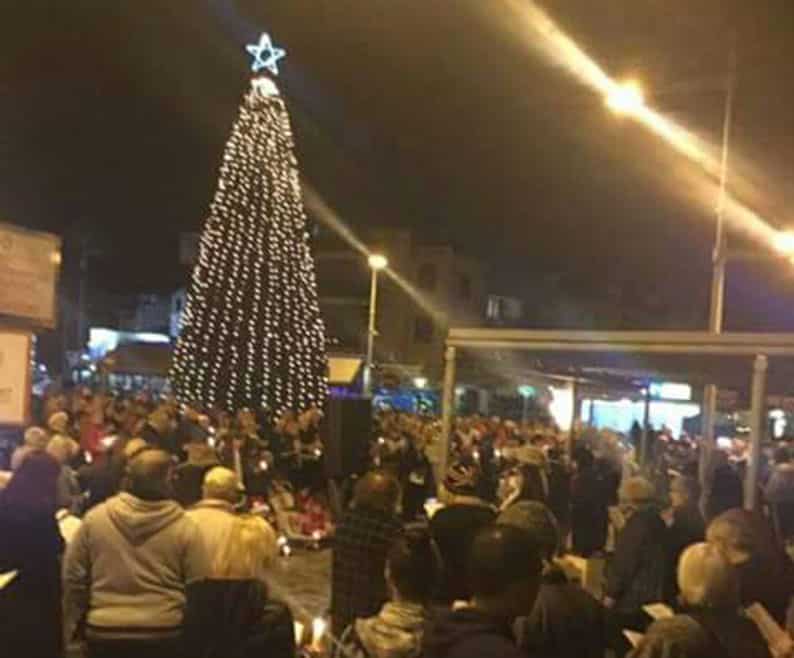 A popular carol singing event will take place at Paphos harbour on Thursday.

Originally slated to take place on Wednesday evening, the annual event was rescheduled due to a forecast of bad weather.

Running for close to a decade, the Christmas carolling event attracts hundreds of people, both residents and tourists, and this year 500-600 people are expected.

The event, which is now a much-anticipated occasion in the Christmas calendar, is organised by local soprano and businesswoman, Judith Evans Davies, along with the cooperation of a number of local churches.

“Everyone is welcome and this is a way to bring people together to experience the true meaning of Christmas,” she told the Cyprus Mail on Tuesday.

Hundreds of song sheets will be handed out and a number of candles will be available for participants to hold, or people may bring their own. These add to the overall ambience and wonderful Christmas spirit, she said.

All the traditional favourites will be sung including, O Come all ye Faithful, O Little town of Bethlehem, Silent Night, Hark! the Herald Angels Sing, and many others.

“It’s such a wonderful, uplifting and joyful experience. It’s touching to also to see so many happy faces enjoying the singing and the meaning of Christmas.”

Evans Davies will be leading the singing and will also perform a solo of, O Holy Night. A keyboardist will accompany the public as they sing carols and many families will be taking part.

Following the carols, sweets and chocolates will be handed out to everyone to enjoy, she said.

The carols will take place at 6pm opposite the harbour cafe and Kato Paphos bus station on the sea front, with the sea and castle providing a stunning backdrop.

“Many people look forward to singing carols together every year and are pleased that this is an ongoing annual event.”

Christmas carols at the harbour: Thursday December 20, from 6pm- 7pm, on the seafront promenade in Kato Paphos, close to the bus station.

The Paphos municipality festive programme for the town is already well underway and will conclude on January 6, with the ceremony of Epiphany at Paphos harbour.

“December 21, will see the annual Christmas artistic event of the multiplicity of Paphos take place at the Markideio Theatre at 7pm. Participants include, the Commandaria Orchestra, led by Francis Guy, soloist Chryso Makariou and the choir and band of the music school of Paphos, under the direction of Socrates Terpizis,” a spokesman for the municipality said.

There will also be dancing titled “The Ice Scouts” by the Koulas Lanta dance school.

A third ‘Christmas in the centre’ will take place on December 23 ,at the old town shopping centre (Paphos Chrysanthou Street). At 2pm there will be Christmas songs by the choir of the Paphos music group and at 3.00pm a children’s play.

On Christmas Eve, December 24, there will be Christmas melodies by the Philharmonic of the municipality of Paphos at the old town shopping centre and at the harbour.

December 29, will see ‘Traditional Christmas creatives’ at Kennedy Square from 11.00am and will include a performance by the Folklore Group “Domaine”.

There will also be preparation of traditional dishes and representations of Christmas customs.

An artistic programme will include traditional dances and songs.

On December 30, the Philharmonic of the municipality of Paphos will perform Christmas melodies in the old town and in Kato Paphos.

Celebrations will conclude with Epiphany on January 6, 2019, at Paphos harbour, getting underway at 9.30am. There will be a procession of the Holy Epiphany, from the Church of Agioi Anargyroi to the harbour in Kato Paphos.

The spokesman said: “The municipality of Paphos invites its residents and visitors, who will be in Paphos to embrace the events and help to contribute to their success.”

The last days of Don Juan