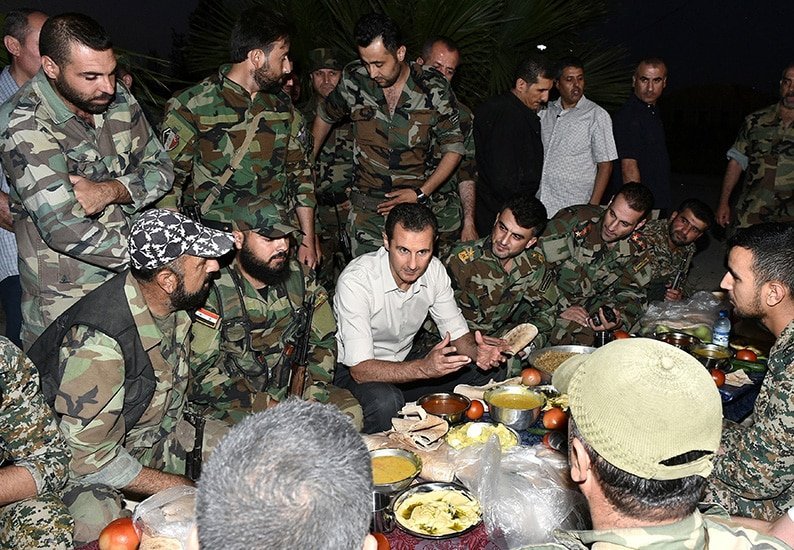 Russia, Iran and Turkey are nearing agreement on the composition of a Syria committee that could pave the way for the drafting of a new constitution and for elections after a devastating civil war, diplomats said on Tuesday.

The foreign ministers of the three nations, who support opposing sides in Syria‘s nearly eight-year-old conflict, began talks in Geneva to seal their joint proposal and seek the United Nations’ blessing for it, they added.

Iranian Foreign Minister Javad Zarif, asked on arrival whether he expected to reach an agreement with counterparts Sergei Lavrov of Russia and Mevlut Cavusoglu of Turkey, told reporters: “I hope so.”

Staffan de Mistura, U.N. Special Envoy for Syria who steps down on Dec. 31, has tried since January to clinch agreement on the identity of 150 members of a new constitutional committee to revitalise a stalled peace process.

President Bashar al-Assad’s government and the opposition fighting to topple him have each submitted a list of 50 names. But Russia, Iran and Turkey have haggled over the final 50 members from civil society and “independent” backgrounds, diplomats say.

“The three countries are coming with a proposal for the third list, which has been the heart of the problem,” one diplomat following the negotiations closely told Reuters.

Turkey and other nations would consider working with Assad if he won a democratic election, Cavusoglu said on Sunday.

Turkey supports rebels who control part of northwest Syria. A year ago, Turkish President Tayyip Erdogan described Assad as a terrorist and said it was impossible for Syrian peacemaking efforts to continue with him.

Assad, whose forces have reclaimed most of Syria with Russian and Iranian support apart from Idlib, a northwestern province, has clung to power throughout the conflict and is widely seen as being loath to yield power after it ends.

The Damascus government has previously brushed off U.N.-led efforts to set up a constitutional committee.

Syrian Foreign Minister Walid al-Moualem, in comments reported by state media on Monday, said it was “early to talk about” the constitutional committee starting work. He blamed attempts at “interference” by Western states for the hold-up in its formation, in addituon to “obstacles” laid by Turkey.

Syrian authorities have only ever signalled a readiness for “amendments” to the existing constitution and also said these must be put to a referendum.

De Mistura said at the weekend that the constitutional committee could be a starting point for political progress.

“It does touch, for instance, on presidential powers, it could and should be touching on how elections are done, on division of power, in other words a big issue,” he said.

A month of jazz