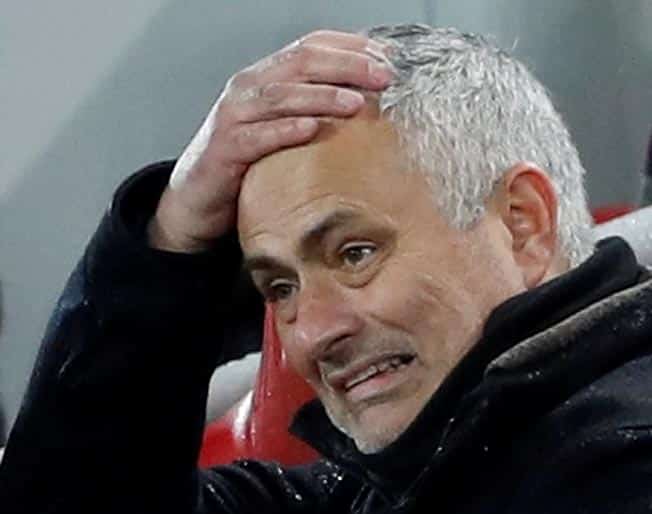 Jose Mourinho’s relationship with Manchester United reached the point of irretrievable breakdown a long time ago but the club finally served the divorce papers on Tuesday following one humiliation too many.

After decades of being the biggest fish in the English soccer pond, United had just about come to terms with the fact that the endless funds behind Chelsea and then Manchester City had enabled them to displace them in terms of spending power and trophy accumulation.

But when Liverpool, in whose shadow United laboured for so long before Alex Ferguson finally and emphatically “knocked them off their perch”, brushed them aside on Sunday to emphasise that they are now operating at a totally different level, it was the end of the line for Mourinho.

That followed Sunday’s 3-1 defeat that left them 19 points behind Juergen Klopp’s Liverpool side in sixth place and 11 points off the Champions League places.

For the current crop of United fans and officials who gorged on success during Alex Ferguson’s 26-year reign that is just not acceptable.

Mourinho will point to the fact that he won the Europa League and the League Cup in the 2016-17 season before guiding United to second in the league last season and a place in the FA Cup final where they were beaten by Chelsea.

But he was brought in to restore the club to greatness after first David Moyes and then Dutchman Louis van Gaal struggled to step out of Ferguson’s shadow.

He has failed miserably to do that, though with every passing defeat he found new ways to blame the players while still reminding his critics of his previous successes at Porto, Chelsea, Inter Milan and Real Madrid.

If he had failed while trying to win with United’s customary panache he may have survived a little longer but his ever-more-negative approach alienated fans and former players alike.

While City, Liverpool and even Tottenham Hotspur have been thrilling fans with their swashbuckling approach, Mourinho has become the arch proponent of “parking the bus” — a phrase he introduced to English football’s lexicon when complaining about opponents packing their defences to foil his exciting Chelsea team.

His fallout with 90-million pounds French midfielder Paul Pogba summed up his failure.

Good enough to inspire France to win the World Cup this summer, Pogba has spent the last two weeks sitting on the bench while the coach opted for the sturdier qualities of the likes of Nemanja Matic and Marouane Fellaini.

Those selections and his limited tactical approach brought a tsunami of frustrated criticism from former players-turned-pundits and it eventually became a question of when, rather than if, he would go.

United have said they will appoint a caretaker manager within the next 48 hours while they presumably try to earn time to prize a big-name manager away from his current role.

Money back guarantee on IVF treatments