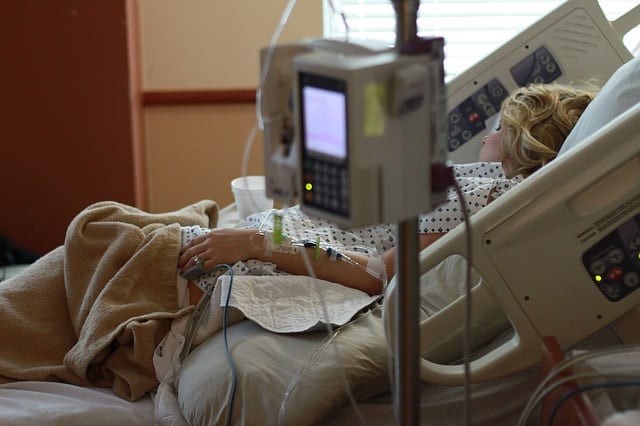 A growing service sector over recent years, the private hospital/clinic sector has also been expanding in districts with smaller populations largely thanks to tourists.
“There are more, especially in Paralimni and Paphos, which also has a lot of foreigners living there,” one of the health ministry’s hospital inspectors said. “Tourists are covered by insurance and they tend to choose private hospitals and clinics.”

This also means more work for the four health ministry inspectors, whose job it is to carry out regular checks of private hospitals and clinics. Private healthcare establishments need a state licence to operate and this is renewed every year on the approval of the ministry’s inspectors. Apart from checking that the hospitals tick all the boxes, inspectors also follow up complaints submitted to the ministry be they from patients or lawyers.

There are 73 private healthcare establishments inspected by the ministry and these are grouped into four categories: hospitals, polyclinics, clinics and day care medical centres. Of those, 21 are in Nicosia, 26 in Limassol, 12 in Larnaca, 10 in Paphos and four in the Famagusta region. In total, these facilities offer around 1,400 beds.

The smallest establishments are the day medical care centres, which are open from 7am until 7pm and cannot keep patients overnight. They still need to have at least two beds per specialty on the premises.

Nicosia has the most private hospitals, seven, while Limassol has three; although the latter has far more day care medical centres – 11 compared to Nicosia’s five.

During their inspections the inspectors check everything, including the actual building, the medical equipment, facilities, procedures and all personnel qualifications. All personnel, from cleaner to doctor, also need to have a health certificate, certifying they do not have any contagious diseases.

Inspectors even have to check there is a fire safety certification, renewed every two years; a clinic must also have an updated risk management system. Inspectors have a checklist for all this, and all the boxes have to be ticked. If they are not, the doctor in charge – each health establishment designates a senior member of staff as being legally responsible – is informed and asked to take action.

The hospital is given some time to put things right and it is then up to the director of the health services to decide if there had been compliance. If the director is still not satisfied, the hospital has 15 days to challenge the decision by sending a response to the minister and the matter might eventually be referred to an eight-member committee for a decision. The committee may decide to validate the contested decision; annul it, amend it or make a new decision to replace the existing one.

The director of the ministry’s health services has the power to immediately suspend the operations of any private health centre, if this is deemed necessary, especially when a problem that directly affects public health has been established. The director can issue an interim injunction. In the event that the clinic ignores the injunction, the police are asked to step in.

The inspectors have an advantage over police officers. They don’t need a court warrant to enter a health establishment, their ID gives them the authority to enter any clinic for an inspection. “When we suspect something we can go into the premises any time by just showing our IDs,” one said.

Apart from the technical concerns, inspectors even check that staff can speak basic Greek as this is a requirement of the law. The language problem, which existed in the past when there were many nurses from eastern Europe, has been overcome in recent years. There are now several local colleges and universities that offer courses in nursing so there is no need to hire foreign nurses.

In the past nurses from many different countries were employed but now all must be from EU countries. Was there still a problem with Greek though? The inspectors say no, as before they were given a licence, the nurses were tested for some basic Greek language skills. “It is not an exam, we ask them five simple things to see if they have a knowledge of the everyday language.”

What is still a problem is a lack of midwives. Though in other countries women often prefer a knowledgeable midwife to a doctor, this is not the case in Cyprus. “Women want doctors. It is not in fashion [to rely on a midwife]. It is a matter of culture,” a health official said.

Currently a total of 1,262 nurses are employed in private healthcare and 130 midwives.

Fire service to get new status