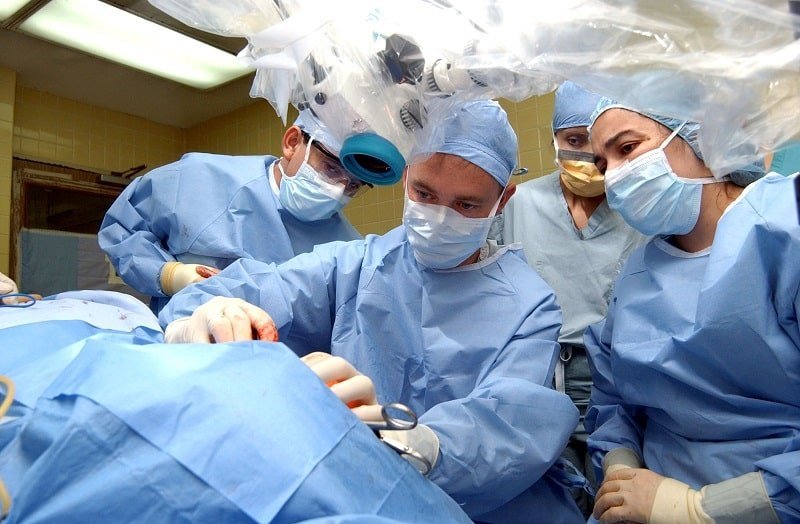 Medical tourism to the island is being used as a way of expanding the tourist season, an idea that was first floated in 2013 but is only now being implemented.

In 2013, brainstorming between the Cyprus Tourism Association (CTO) and the Cyprus Medical Association (CyMA), together with other bodies from the medical and tourism sectors led to the suggestion that health tourism could provide more jobs and revenue following the aftermath of the 2013 financial crisis. They also hoped to take advantage of the EU’s 2012-2020 funding programme for tourism but, in the end, it was the Cyprus Health Services Promotion Board (CHSPB) – initially founded in 2006 under the auspices of the Cyprus Chamber of Commerce and Industry (CCCI), but only becoming a legal entity in 2018 – that decided to take up this particular mantle.
“Now we have the authority and capacity to proceed on our own,” confirmed CHSPB Executive Secretary Polis Peratikos.

But until that EU funding is forthcoming, what is the CHSPB already doing to promote health tourism to Cyprus?
The list is long. It includes organising forums abroad, participating in foreign exhibitions, arranging seminars in Cyprus, hosting foreign travel agents, preparing promotional brochures and videos, encouraging hospitals and clinics to gain international accreditation and working on the new legislative framework for rehabilitation centres – an area which, according to Peratikos, “has a lot of potential”.

But what makes Cyprus special as a health tourist destination?
“The number one factor is the human capital. We strongly believe that this is our greatest asset as all the staff are highly trained and well-educated, most of them in elite foreign universities,” stated Peratikos.
“The number two factor is, of course, the weather, and the fact that it is a well-known tourist destination”.
Aside from the quality of staff and climate, Peratikos believes that other important drivers of health tourism are the accessibility of the destination, safety and price. However, when questioned on whether there was any statistical information available, Peratikos admitted that, in this regard, “there is a huge gap which we have not yet managed to resolve”.

He confirmed that even though the CHSPB, together with the CTO, had made numerous attempts to obtain statistical information on health tourism in Cyprus, they had been unsuccessful. Following an initiative last year, it was identified that it was necessary to create a “Cyprus cluster for health tourism,” advised Peratikos, where all participating entities would be obliged to provide these facts and figures. In very simple terms, a ‘health tourism cluster’ is a concentration of stakeholders offering different services in the health tourism activity sector whose inter-relationships reinforce the country’s identity and its competitive advantage.

Peratikos said what they want to do with the Cyprus cluster is to create complete health tourism packages with a single price that includes the cost of air tickets, accommodation, medical procedures and other ancillary costs and to form a sub-organisation of the CHSPB to manage the information contained in these packages. When approached by potential foreign patients about health and medical services in Cyprus and the total costs involved, the CHSPB’s main aim in the future is to be able to provide them with this combined information, something they are currently unable to do.

The CHSPB currently has over 50 members signed up including professional associations, governmental bodies, hotels, travel agents and the health and medical providers themselves.

But what do doctors make of their patients flying in for a procedure?
Dr Stavros Trantas, a dermatologist for nearly 30 years and a pioneer of botox treatment in Cyprus, has regular clients who do just that. As well as treatment for wrinkles, Dr Trantas offers fillers, threading (mini non-surgical facelifts) and laser resurfacing.
“I have clients coming from the UK, Switzerland, Italy and Greece,” he said, believing that the main reasons for the popularity of health tourism in Cyprus are the prices, “which are better than the rest of Europe”, and the fact that the doctors “are more approachable in Cyprus”.

One of his regular patients from the UK agreed. “I like coming to Cyprus to have a procedure done because it’s easy to get an appointment at a convenient time. I’m confident in the abilities of the doctor as everyone here is so well educated and trained, the premises are spotlessly clean and everyone speaks fluent English, so no danger of anything being misunderstood. Added to that, it’s less expensive and I have time to recover on holiday resting and relaxing,” said Tina Smith, who has been coming to Cyprus for many years.

But is it only the quality of staff, price, accessibility and climate that are the important factors in health tourism or could something else drive more health tourists to Cyprus?

Dr Michalis Zenonos, who has been running his own state-of-the art dental clinic in Limassol for the last 20 years, believes so – technology.

With a generation of young professionals having grown up in the digital era Dr Zenonos believes that “digital technology is very important”.
“We are the only clinic in Cyprus using DSD, which is a digital protocol for smile design”, confirmed Dr Zenonos, who offers part or full mouth smile makeovers.

But what exactly does DSD involve?
“You come here, we take photos, we analyse your smile according to your face, and then you can see what the final result will be in digital form. We transfer it [the digital form] into your mouth so you can see what you will look like before we even start. You can even be the co-designer because you can ask for any changes you want… we can adjust the mock up and then you decide the final result,” explained Dr Zenonos.
“With the old technology you need six or seven appointments, with this you need only two,” he continued, adding that a patient “only has to stay a week here and be done”, another significant benefit for a health tourist with limited vacation time.

Although this type of technology is offered at lower prices than the UK, Dr Zenonos believes that dental tourism in Cyprus is a field that needs more work and improvement and is not on a scale that it should be.
In fact, it could be said that dental tourism is working in reverse.

Some Greek Cypriots living close to the checkpoints in the districts of Nicosia, Larnaca and Famagusta, are purportedly crossing to the north for their dental treatment which is cheaper than in the south. However, Vrasidas Philippides, Chairman of the Pancyprian Dental Association (PDA) recently told the Cyprus Mail, that quality, safety, dentists’ training and availability of post-treatment care should also be important criteria to consider when choosing where to go for dental treatment, not just the price. He explained that higher prices in the south reflect the higher costs of keeping equipment and practices in line with EU regulations.

Another cause for concern is that some dentists are complaining that local travel agents are arranging trips to mainland Turkey (through the north) which offer a combination of both a holiday and dental care.

Actively discouraging Greek Cypriots from being health tourists to the north, Turkey, or indeed anywhere else abroad, is perhaps something else that the CHSPB should add to its very long ‘to do’ list.

Cyprus, Greece, and Jordan discuss next steps in cooperation