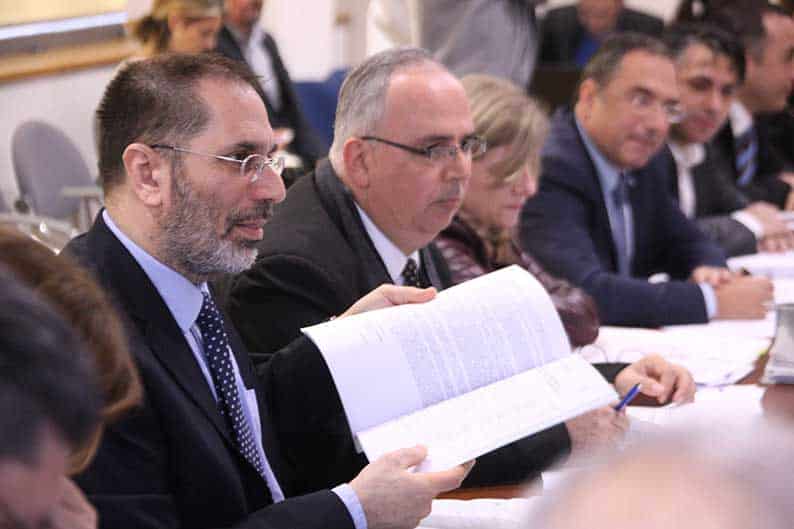 THE private data commissioner has reported the auditor-general to the attorney-general after he refused to provide her with the name of a whistleblower, sparking a war of words between the two independent state institutions.

Attorney-general Costas Clerides said Thursday he had received a complaint, which he would examine.

Earlier, Irini Loizidou Nicolaidou issued a statement saying she had reported Odysseas Michaelides over his refusal to furnish her with the necessary details in relation with a complaint she was looking into.

Nicolaidou said the complaint concerned an individual who claimed his personal data had been illegally obtained and subsequently made public by the auditor-general.

The commissioner said she acted in line with the law and proceeded to report the auditor.

She stressed that she had no authority to discriminate or change the way she investigated complaints and that her priority was equal treatment of all instances, irrespective of their legal nature.

Nicolaidou said personal attacks were unfortunate and did not contribute to the smooth operation of a lawful state.

The issue concerns Greece’s betting company Opap and the agreement it made with the state to be permitted to operate in Cyprus.

Michaelides has repeatedly stated in the past that the state got a raw deal and as a result, he claims, the government is losing millions a year in potential additional taxes payable by the betting agency.

During discussions in parliament early this year, the auditor said there were also suspicious financial data relating to monthly wire transfers made from a bank account held by Opap in Cyprus, to a person living abroad.

Every month Opap would wire this person the same amount. Police have the beneficiary’s name, age, and the bank to which the money was sent.

During the course of scrutinising Opap’s revenue stream, Michaelides’ office was contacted by a whistleblower who provided the information about the wire transfers.

But according to Opap, this type of information is confidential and thus must have been obtained illegally.

Michaelides said Thursday he had provided all the information to the commissioner apart from the name of the whistleblower.

The auditor took to social media to defend his position.

“Person A, a relative of an Opap auditor, collected €25,000 per month from Opap while living in the Emirates. Person B, gave us the information and a criminal investigation started. Person A complained to the commissioner who is asking us to reveal the name of B so that she could prosecute him. And she wonders why we won’t give it to her,” Michaelides tweeted.

He later added that anyone who has given or is planning to give the audit service information regarding potential offences should not worry “by the commissioner’s action.”

The life of Salgado