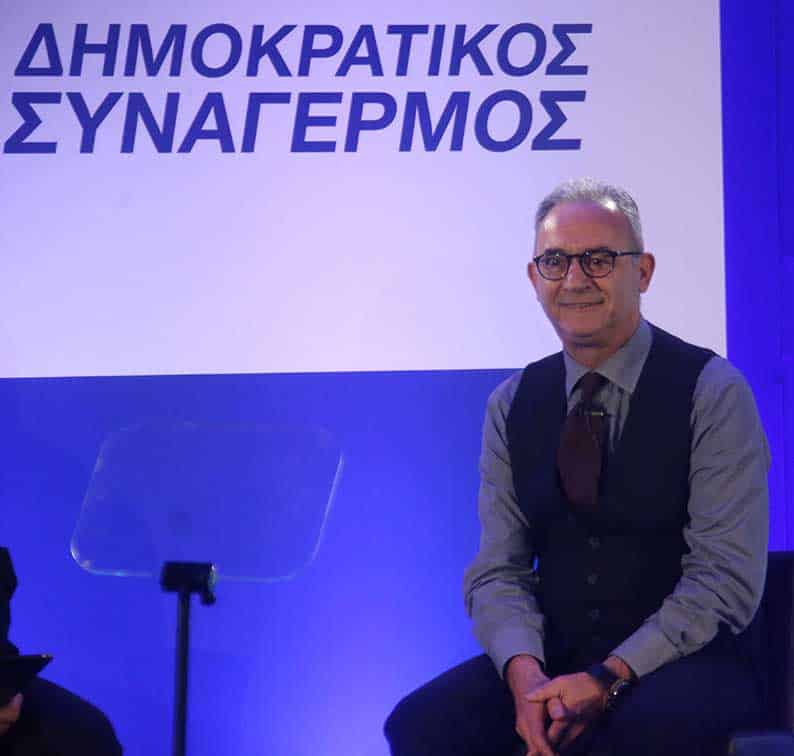 DISY leader Averof Neophytou said on Thursday that it would be easier for him to reach an understanding on the Cyprus problem with the leftist Turkish Cypriot parties and that he has “political chemistry” with Diko head, Nicholas Papadopoulos.

Neophytou was speaking at a press conference where he also took questions from the public via Twitter, one of which asked which Turkish Cypriot parties he could cooperate with in a reunified Cyprus.

As regards the settlement of the Cyprus problem, the Disy leader said, “as the president of a right wing or centre-right party, I can better reach an understanding with the leftist Turkish Cypriot parties.”

On the economy, he said, “post solution, I could very well also cooperate with the National Unity Party (UBP).”

The positions of the UBP on the Cyprus problem however, he said, “are ones on which we could never build any bridge for political cooperation prior to a settlement solution.”

“We have different visions,” Neophytou said.

Disy, just as leftist Turkish Cypriot parties, continue to support the idea of a solution based on a bizonal bicommunal federation, whereas the UBP wants an alternative form of solution.

As regards Greek Cypriot parties, Neophytou said that Disy ought to cooperate with other political powers for the greater good.

The Disy leader, replying to another question, refuted claims that behind recent synergies with Diko lie future cooperation with the latter as regards the next parliamentary and presidential elections.

“Nothing of the sort is true,” he said.

“With (Diko head) Nicholas Papadopoulos, we have a political chemistry, and we have been cooperating since 2009 without any secret deal between us,” Neophytou said.

He said that he has had similar beliefs with Papadopoulos as regards the economy, despite a difference in opinion of the two men on the Cyprus problem.

“I give Nicholas and Diko credit and, in some cases, Edek, and other parties, the Solidarity Movement and Evroko before that, for supporting harsh but necessary measures for the salvation of the country.”

The Anastasiades administration, he said, has been, during the biggest part of its first term and most of the second one, a minority government.

“We find it imperative, for the greater good, to find ways of cooperation,” Neophytou said.

The move by Neophytou and Papadopoulos to table a proposal, approved by the House plenum last week, for the reduction of the tax on motor and heating fuel by almost six cents per litre, was viewed by some with suspicion.

Akel had said last week that the Disy-Diko agreement, also included “other things besides the reduction of the tax on fuel.”