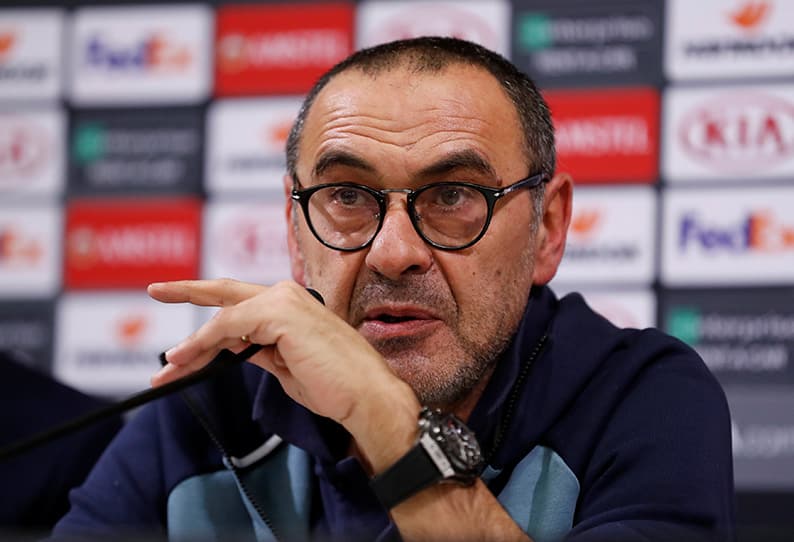 United dismissed Mourinho on Tuesday after suffering their worst start to a league season for 28 years and replaced him with former striker Ole Gunnar Solskjaer until the end of the current campaign.

Asked ahead of Saturday’s home league clash with Leicester City if the former Chelsea, Real Madrid and Inter Milan boss would be missed, Sarri said: “I think so. Mourinho won everything, won everywhere so I like him very much as a coach and as a man.”

Mourinho said a day after his sacking that United had a future without him, just as he did without them, and Sarri backed the 55-year-old to make a swift return to the dugout.

“I think he’s right when he said that United have a future without Mourinho, but he has a great future without them. I’d like to see him on the bench as soon as possible. Maybe in England… not here.”

Sarri said Solskjaer could expect a tough job as he attempts to steady the ship at United and get the team firing on all cylinders again.

“I remember him as a player. He was a good player. But I don’t know him as a coach. Of course, the job will be difficult,” Sarri added.

Former Napoli boss Sarri has enjoyed an encouraging start to his first season as Chelsea manager despite enduring a few bumps along the way.

Chelsea sit fourth in the table with 37 points from 17 games but Sarri ruled them out as title contenders along with leaders Liverpool and second-placed Manchester City.

“I’ve never seen Chelsea like a contender for the title. I always said that at the moment there are two teams a step ahead of us.”