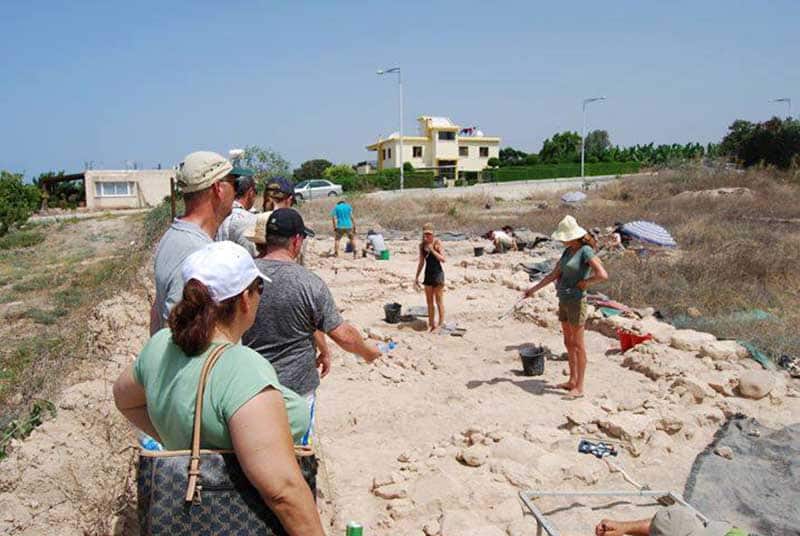 An area exclusively devoted to burials was brought to light during archaeological excavations at Kissonerga-Skalia in the Paphos district, it was announced on Friday.

Four graves were excavated in an area only used for burials. Before, only burials within settlements had been found.

“This discovery is particularly important as it gives us new insights into the burial practices of the Chalcolithic period,” a Press and Information Office announcement said.

The skeletal remains of a woman who had been buried lying on her right side was found by anthropologist Michelle Gamble working under the Cyprus American Archaeological Research Institute’s (CAARI) director Liny Crewe.

Other findings were parts of skeletons which all seem to belong to women and children. It is assumed that no grave offerings were made during the burials as no such objects were discovered.

The archaeological site contains remnants of the Bronze Age, as well as signs of habitation during the Chalcolithic period which lasted until 2,500BC.

The settlement was abandoned at around 1600BC, a period of transition to the Late Bronze Age.

During the final residential phase, a significant building complex with evidence for domestic and industrial activities, including beer production, was constructed.

There is evidence that the settlement eventually began to decline, with some activities slowly being abandoned.

“This interpretation is reinforced by finding a number of repaired vases on the floors, suggesting that there were no potters there in the last years of the settlement’s life,” the statement said.

In addition, finds from the excavations include beads, pendants and copper fragments; evidence of textile production in the form of spindle whorls and loom weights and a number of chipped stone and ground stone tools.

“The position of Kissonerga-Skalia is a good example of a phenomenon that occurs during the transition from Middle to the Late Bronze Age, when people began to build large-scale buildings and produce products on a larger scale. As the settlement was abandoned early and the remains are not destroyed as a result of later human activity, we are able to study this phenomenon in depth,” the announcement concluded.

Pope urges predator priests to turn themselves in