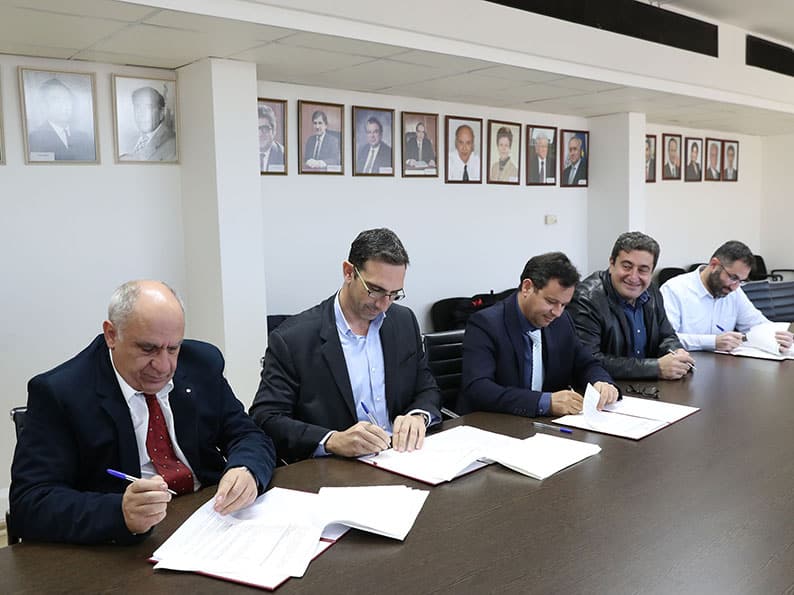 This was the final provision of the agreement signed by the unions and former Health Minister, Giorgos Pamboridis, last year, in the presence of President Nicos Anastasiades. It includes provisions for the creation and introduction of new organisational structures and allocation of existing staff to each state hospital and regulates patient visiting hours and issues relating to doctor remuneration.

Todays’ agreement, the minister said, “restores various distortions and inequalities in the way the on-call system was being implemented to-date.” He said that the agreement will be in effect as of January 1, 2019. It expires on June 2020, when Gesy will be in full swing.

The budget for on-call payment was now incorporated into that of overtime pay, the minister said. “The amount given is, I believe, satisfactory and recognises the on-call time of doctors in its real dimensions,” Ioannou said.

Regarding organisational structures, Ioannou said that the Organisation of State Health Services (Okyy) and trade unions should soon “and immediately enter into intensive consultations” to extend the working hours of public hospitals through the application of special shifts and overtime allowances, taking into account the imminent implementation of the Gesy which will be in full swing on June 1, 2020.

“With a positive attitude and will, the dialogue will soon have the desired results so that public hospitals can be modernised by applying best practices that will facilitate the work of health professionals, but above all by upgrading the services provided for the benefit of patients,” he said.

He also made an appeal to all stakeholders to get on board for the final stretch before the introduction of phase one of Gesy which will kick in next June.

Meanwhile, Okyy delivered Pasyki on Friday the contracts that will be given to all state healthcare providers as part of the administrative and financial autonomy of public hospitals.

The contracts, according to the head of Pasyki, Soteris Koumas, concern the employment terms of doctors and all other healthcare professionals who will be working at state hospitals and who will express interest in working as Okyy staff.

From June 2019, when the first phase of Gesy is expected to be implemented, Okyy will be responsible for the delivery of family doctor services by general practitioners now being employed in the public sector.

State doctors will be transferred from their current employment as civil servants in the health ministry to Okyy on January 1, 2019. Trade unions were given the contracts to look into.

But Koumas said that it will be impossible for Pasyki to get back to Okyy by the end of the month as per the request of the health organisation as the contracts are too long and must be thoroughly studied.  “We cannot reply in such a short timeframe,” Koumas said.

He said that the union has procedures according to which the board must shape an opinion after studying the documents before sharing it with its members.

“As Pasyki, we will take as much time as necessary to analyse them and submit our positions,” Koumas said. he added that the law provides civil servants the right to reply within 18 months from the day the contract is given to them.

“Therefore, we believe, that there is time to analyse them and reply with proposals,” he said.

Interior minister backs use of physical barriers along green line