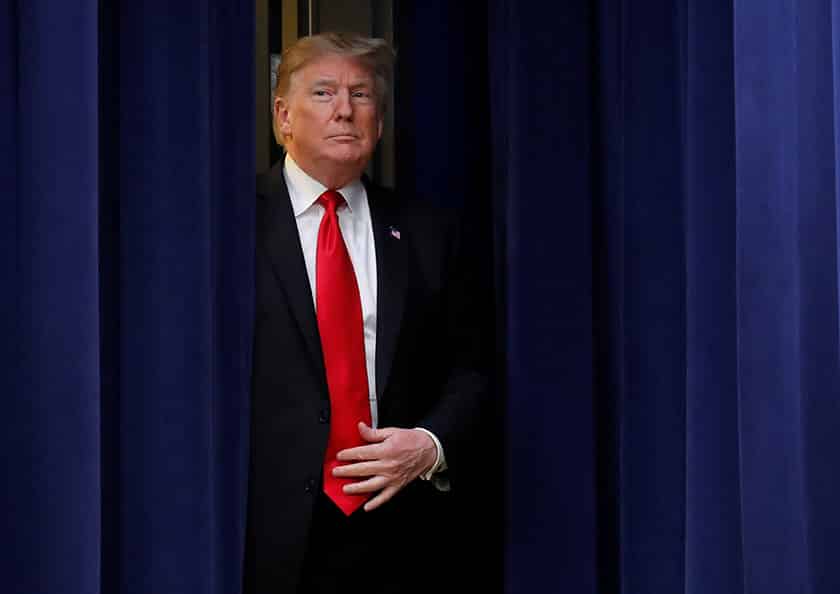 US President Donald Trump on Friday threatened a “very long” government shutdown just hours ahead of a midnight deadline, calling on the Senate to pass spending legislation that includes his $5bn demand for border wall funding and seeking to shift blame for a holiday showdown to Democrats.

The Republican-led Senate had already approved funds for the government through Feb 8 without money for the wall. But Trump pushed Republican allies in the House of Representatives on Thursday to use the short-term funding bill as leverage to force through the border wall money despite Democratic objections.

In a series of ten early-morning tweets on Friday, the president urged Senate Majority Leader Mitch McConnell to take up the amended bill from the House. Trump, who last week said he would be “proud” to preside over a shutdown, sought to blame Senate Democrats, whose support is needed to reach the 60 votes needed for passage.

Republicans currently have a narrow 51-49 majority in the Senate.

“If the Dems vote no, there will be a shutdown that will last for a very long time,” he wrote on Twitter.

“Senator Mitch McConnell should fight for the Wall and Border Security as hard as he fought for anything,” he tweeted. “He will need Democrat votes, but as shown in the House, good things happen.”

Three-quarters of government programs are fully funded through next Sept 30, including those in the Defense Department, Labour Department and Health and Human Services.

But funding for other agencies, including the Department of Homeland Security, the Justice Department and Agriculture Department, is set to expire at midnight on Friday. A shutdown would leave a number of federal workers without a paycheck at Christmas.

If the House measure is put to a vote in the Senate, Democrats have pledged to prevent it from getting the votes it needs for passage.

“The bill that’s on the floor of the House, everyone knows it will not pass the Senate,” Senate Democratic Leader Chuck Schumer told reporters late Thursday.

It was not yet clear what would happen in that case. The partial government shutdown could begin, or lawmakers could work to find a solution that Trump finds acceptable.

Trump also called on McConnell to use the so-called “nuclear option” to force a Senate vote on legislation with just a simple majority, rather than the 60 votes currently needed.

The nuclear option would allow the chamber to approve legislation with a simple majority in an extreme break from Senate tradition that McConnell has so far resisted.

White House spokeswoman Sarah Sanders on Friday said Trump would stay in Washington rather than go to his Mar-a-Lago resort in Florida for the holidays as planned, but said she hoped the Senate would not vote down the bill.

“We hope they’ll step up,” she told reporters at the White House.

Trump‘s border wall was a key campaign promise in the 2016 election, when he said it would be paid for by Mexico, and sees it as a winning issue for his 2020 re-election campaign.

One shot dead in Vienna, ‘not terrorism-related’ (Update)