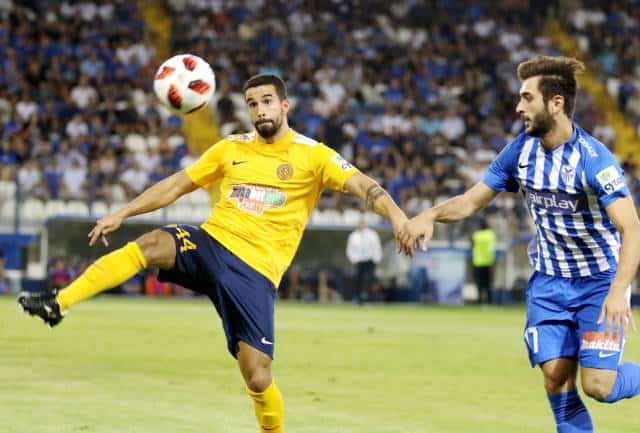 The 14th round of the Cyprus football championship takes place this weekend with leaders AEL taking on injury-hit Anorthosis, while second-placed Apoel have a seemingly easy task against bottom of the league Ermis Aradippou.

Elsewhere, Apollon travel to Pafos FC while AEK and Nea Salamina square off in what is expected to be a closely-contested tie.

Alki, who have impressed in their last couple of outings, will be looking for the win against Doxa Katokopias to steer them away from the danger zone while the last weekend game will take place in Paralimni between Enosis and Omonia.

AEL coach Dusan Kerkez deployed three across the back last week but he should revert to his preferred quartet at the back since defenders Wheeler and Avraam are back in the reckoning.

Kerkez has been playing down his team’s chances of winning the title but his side has been the most consistent in the league so far and if they continue in this way they can go all the way.

His counterpart at Anorthosis, Jurgen Streppel, may have up to seven first team players unavailable due to injury and suspensions with Englexou, Cisse, Bessat and Struna facing late fitness tests while Victor (suspended), Laborde and Igiebor are definitely out.

Despite this though, Anorthosis have enough quality players like Rayos, Duris and Pranjic who can tip the scales in any game.

Apoel, two points behind AEL, entertain Ermis at the GSP stadium in a game that the home side is expected to win comfortably.
There are no injury concerns for Tramezzani who has seen his team improve with almost every game since his arrival.

Ermis Aradippou are into their fourth coach so far this season after Joao de Deus was sacked after just six games. He has been replaced by the Italian Stefano Cusin who would have wished for an easier opponent in his first game in charge.

AEK ended their poor run with a battling performance away to Apollon where they earned a point despite playing with ten men for almost 45 minutes.

They will be hoping though to get back to winning ways against Nea Salamina who themselves have been going through a bad patch picking up just a point from their last three games.

Pafos FC seem to fare better against stronger opposition and this is something that Apollon will surely take note of and they will not take the game lightly despite their opponent’s lowly position.