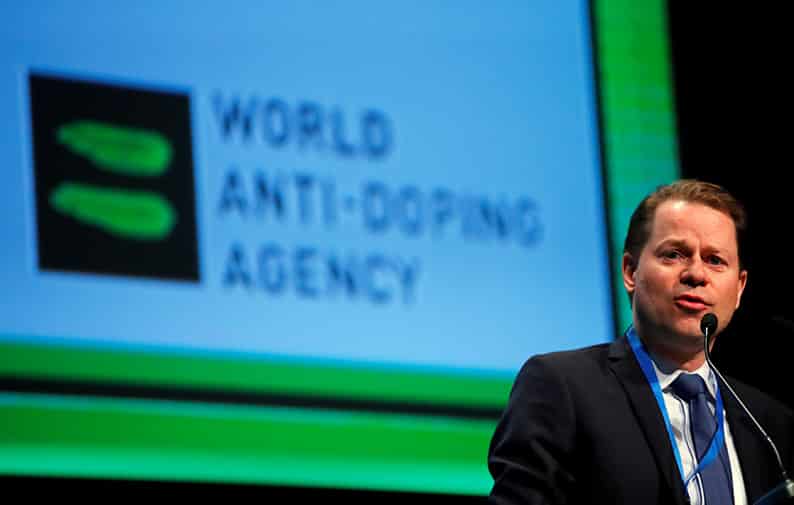 Russia’s Anti-Doping Agency (RUSADA) is again on the verge of suspension after a World Anti-Doping Agency inspection team visiting a Moscow laboratory was denied access to raw data to complete its full reinstatement, WADA said on Friday.

The five-member WADA team had spent a week in Russia but left the Moscow lab and returned home frustrated and without having retrieved any of the data in the Laboratory Information Management System (LIMS) it had been promised access to.

If RUSADA is found to be non-compliant Russian athletes could again be on the outside looking in with another Olympics approaching in Tokyo in 2020.

Russian authorities said that the inspection team’s equipment was not certified under Russian law. Access to the lab and data was a condition of WADA’s September decision to reinstate RUSADA.

The inspection team will now prepare a formal report which will be sent to the independent Compliance Review Committee (CRC). The CRC will meet on Jan 14-15 when RUSADA’s code compliance status will again be considered.

The CRC’s recommendation will then be considered by the WADA executive committee.

WADA had set a Dec. 31 deadline for RUSADA to meet the condition or once again be found non-compliant and face even tougher sanctions laid out in the International Standard for Code Compliance by Signatories.

RUSADA was suspended in 2015 after a WADA-commissioned report outlined evidence of massive state-backed, systematic doping in Russian athletics, allegations Moscow has denied.

Kolobkov added: “The experts are satisfied with the visit,” and said there were plans for a follow-up visit to the lab.

However, the head of RUSADA, Yuri Ganus, said on Saturday that if WADA experts fail to obtain the Moscow lab data before the deadline, this would be “destructive” for the Russian sport.

“I want to stress that it is in Russia’s interests, first, to provide the data, it is in our national interests,” Ganus told TASS, adding that the issue should be solved before Dec. 31.

WADA told Reuters there were no more visits planned but that the team of experts would remain on standby ready to proceed with full data extraction should the matter be resolved.

The good faith displayed in conditionally reinstating RUSADA on the guarantee it would meet all requirements appears to have blown up in WADA’s face. WADA came under scathing criticism from athlete and global anti-doping groups when it approved RUSADA’s reinstatement in September.

The opening up of the Moscow lab was supposed to be the end of the long-running doping scandal that began in 2015 and prevented Russian athletes from competing in two Olympics and world championships.

Russia was banned from this year’s Pyeongchang Winter Games but some athletes were allowed to compete as an ‘Olympic Athlete of Russia’, as long as they satisfied strict conditions.

A limited number of Russian athletes competed at the 2016 Summer Olympics in Rio de Janeiro under their own flag but only after they met strict criteria, including a clean doping past and sufficient testing at international events.

This has been in place since 2015, until there is full access to the doping data stored in Moscow and financial compensation for investigation and legal costs.

A renegotiated Brexit would go ahead under Labour govt