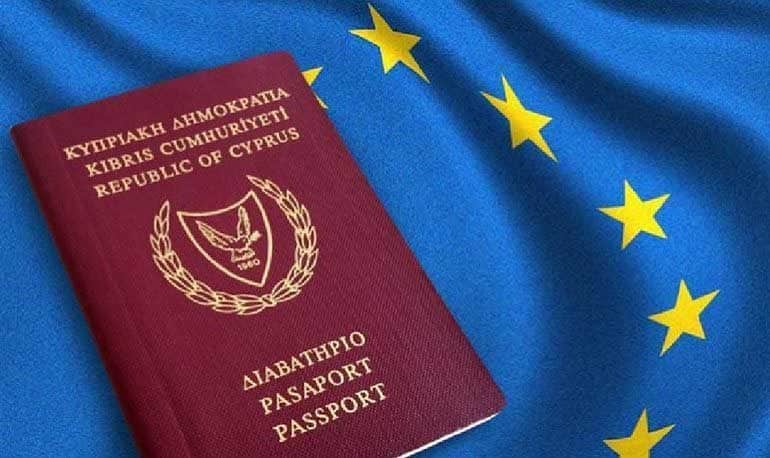 Three reports were issued recently relating to Residency and Citizenship by Investment (R/CBI) programmes, all of which issued strong verdicts and diktats.

l The OECD issued a ‘blacklist’ of countries with R/CBI programmes.

l Messrs. Kofod & Niedermayer (MEPs) published a draft report for tax matters but called also for the phasing out of R/CBI programmes

The EPRS came out negative on R/CBI programmes, questioning their economic effectiveness but failed to back up its claim with data. Presumably the EPRS assumes that it knows better than the governments it criticises (USA, UK, Canada et al).

Messrs Kofod & Niedermayer call for “the phasing out of these programmes”, proposing this drastic measure without substantiating their diktat with hard facts! They claim that R/CBI pose a high risk for tax evasion, presumably believing that the USA, UK, Canada etc promote tax evasion.

The OECD went as far as issuing a ‘blacklist’ of countries with R/CBI only to start taking countries off the list when these pointed out facts. Clearly, the OECD rushed to issue its blacklist without due diligence, hence the fiasco.

Serious politicians and researchers invite specialists to participate in discussions when serious matters/legislation are being examined. Unfortunately, none of the above thought it necessary to seek information from industry professionals before issuing their verdicts.

Citizenship is the relationship between an individual and a state to which the individual owes allegiance and in exchange for the state’s protection. It is a set of legal rights in return for allegiance, military service, paying taxes and participation in the political process.

The notion of the ‘ideal of citizenship’ and of ‘belonging to a political community’ is found in ancient Athens where the ‘ideal citizen’ had to have the education, training, culture, ethos and character (pedia) to participate actively, personally and effectively in the affairs of the state.

Modern citizenship is a far cry from the above ideal; military service is largely a thing of the past and political participation is done through representatives (MPs). Thus, citizens are left with the duties of allegiance and taxation. Contrary to the ‘ideal’, modern citizenship is passive with participation done through voting. Yet only about 50 per cent care to vote at best. Most do not even know their MPs and acts of allegiance are rare.

Therefore, talk about the ‘ideal of citizenship’ and of ‘belonging to a political community’ can be used to impress but is divorced from reality: if one asked what how to become an ‘ideal citizen’ today, he would not get a reply. There is no school or skills or actions one can attend or acquire or do to conform to this ideal.

Placing citizenship in the sphere of idealism and considering it sacred has led to nationalism, racism, beliefs about racial supremacy and to extreme views of ‘them and us’. Such views are resurging in the EU today much to the cost of its cohesion and legitimacy.

There has been much talk about the ‘genuine link’ with a country offering R/CBI when considering issues relating to second citizenship. When one asks, however, how this ‘genuine link’ is established and tested objectively, the whole notion collapses.

Jihadist terrorists born and bred in the West are a testament to the fact that birth and/or length of stay do not necessarily establish such a link. Large unassimilated populations in the West with different languages and cultures are proof of absence of a ‘genuine link’.

Granting citizenship based on decent casts further doubt; what is the ‘genuine link’ of decedents of Sephardic Jews expelled from Europe 500 years ago when Spain and Portugal grant them citizenship today?

If one examines laws relating to the granting of citizenship by most states one will discover that the Law in most countries provides that citizenship can be (and has been) granted to individuals who benefit a country. The West has millions who originate from non-European countries. This influx of immigrants rose sharply in the years following WWII as countries such as Germany had huge labour shortages. The basis of granting residency/citizenship to these people has been that they would produce economic benefit for the country, in exchange for the rights, opportunities and quality of life attached to residency/citizenship. This is the same basis for the exchange taking place today when countries try to attract talent and the so called ‘start-ups’.

It follows, therefore, that the principle that Residency/Citizenship can be exchanged with benefit to a country, has been established and has been lawfully in full use for ages now. R/CBI aim to attract foreign investment into countries accepting the above principle. Any talk about morality is grossly delayed, unrealistic and hypocritical.

If one sees citizenship as something that occurs through divine intervention then this exchange cannot be moral. Yet, there is nothing sacred here. Seeing citizenship as sacrosanct can only lead to extremism, racism and violence; this has been the experience of humanity.

The potential for tax evasion, corruption and money laundering applies to a huge number of individuals, government officials and bank transactions which are totally unrelated to R/CBI programmes. Singling R/CBI without proof shows prejudice and bias.

The EU suffers from a rise in populism and Euroscepticism. It is being depicted as the culprit for economic hardship and for dictating painful fiscal remedies. There is therefore a dire need for polishing its image and practices. The issuing of diktats based on prejudice give credence to accusations about EU arrogance.