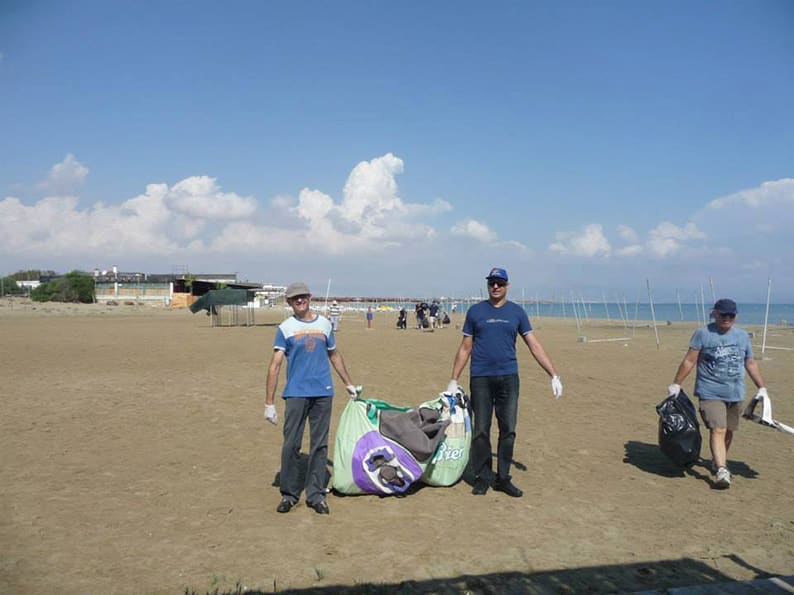 ALL PEOPLE who took part in a survey on marine litter, especially plastic, said they were worried about garbage in the sea.

Some 52 per cent of coastal businesses and 76 per cent of volunteers who participated in clean-ups of beaches during the summer said it was a major concern.

The research, carried out by research centre Akti, involved studying the results of 153 questionnaires, which were answered by 103 volunteers and 50 coastal businesses in all areas of Cyprus.

Within the framework of the Zero Waste Beach project, the survey aimed to investigate the perceptions of stakeholders about the composition, sources, impacts and actions surrounding sea litter.

The results for the volunteer were the other way round with 55 per cent knowing that plastics never dissolve.

A significant percentage of respondents, 60 per cent of business managers and almost 40 per cent of volunteers stated that they do not know the term microplastics, which probably means they are unaware of the impact these small particles have.

All believe that tourists and bathers are the main source of litter left on the beach and not fishermen.

The main causes of sea litter, according to all respondents, are culture – the behaviour of businesses and individuals – and the inadequate implementation of environmental legislation.

The vast majority, 90 per cent link marine litter with people’s health and the life of marine organisms.

Regarding responsibility for the garbage in the sea, everyone agreed the government and the general public is at fault.

A small number of people made suggestions of how to tackle the problem, such as creating awareness, introducing very high fines, avoiding the use of plastic products and improving waste management facilities.

Fire breaks out at Paphos café

More than 100 Bronze Age artifacts to return to Cyprus