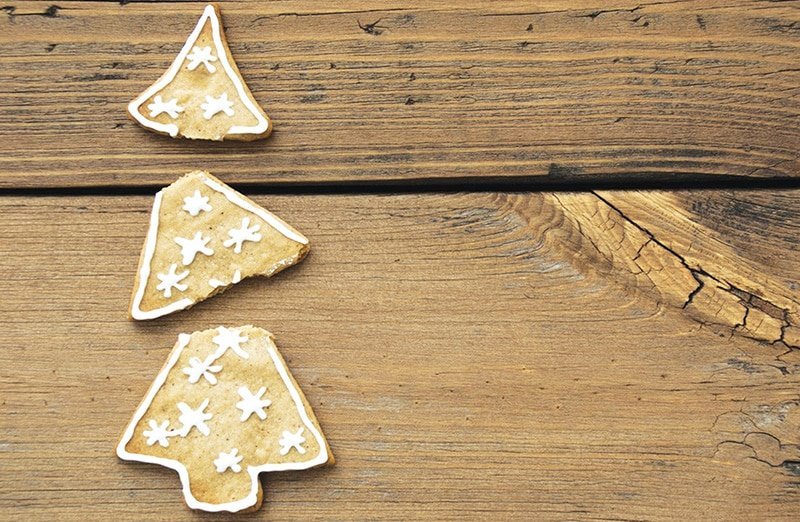 For many of us, 2018 was a challenging 12 months. So, with the New Year on the horizon, we’re all looking forward to a fresh start. Fortunately, the lifestyle trend for the coming year promises just that… After years of attempting to knit our own socks (hygge), moderate our vices (lagom), and strive for meaning (ikigai), this is a trend which asks absolutely nothing of us. Nothing except a gentle acceptance of ourselves exactly as we are – warts and all!

Unlike the majority of lifestyle trends, wabi-sabi is relatively painless. A concept which originated in Japan, it’s one of those inscrutably indefinable eastern movements which revolves around the idea of acceptance. But this is less about tolerating others (muttering mantras while someone cuts the queue; practising zen breathing when asked to stay late) and more about knowing that you are fundamentally flawed, impermanent and incomplete… And that’s Totally Okay. Because there is, as wabi-sabi advocates have it, great beauty in imperfection.

Now if that doesn’t give you cause to breathe a sigh of relief, nothing will. No longer are you expected to change it all up, scrambling for a cosier or cleaner or more balanced lifestyle. You are, wabi-sabi tells us, fine as you are. That junk drawer/cupboard/room is fine; your tendency to scoff chocolate at the first sign of winter, also okay; your kids traipsing mud into the house and dumping clothes on the bathroom floor – it’s all good. This is a lifestyle which tells us to be satisfied with what we are. And, even more importantly in this day and age, with what we have.

Yes, in a world that’s a whirl of social media, comparing your life to others’ is part and parcel of the daily grind. And whether you realise it or not, all that one-upmanship can be seriously bad for your soul. Even if you’re the kind of Facebook fiend who just posts endless inspirational quotes (#motivationMondaymyass), you’re still competing to be heard, to be noticed, to be considered worthy. And that, says wabi sabi, is Not Good. What we should all be looking for is a bit more gentle belief in our own unique flaws.

Consider the roots of the movement. While the words themselves originally translated as ‘the loneliness of nature’ (wabi), and ‘lean’ or ‘withered’ (sabi), over the years the term has changed to connote a life of rustic simplicity, freshness and understated elegance. You’ll often hear it being used in relation to objects, especially those with a past: anything broken but treasured, or aged but loved, could be considered wabi sabi.

It all started apparently – as so many things do – with Zen. After centuries of incorporating artistic and Buddhist influences from China, wabi sabi eventually evolved into a distinctly Japanese ideal (round about the same point that the meaning shifted to something a little more light-hearted and hopeful), which was particularly propounded by the nobility of the time. Of course, if you’re royally loaded, there’s no doubt a certain cachet in fixing up an heirloom and making it an ostentatious conversation piece (“Ah yes, this chipped teapot depicting the transience of autumnal cherry blossom belonged to my great grandmother; more Oolong, Emperor?”), whereas the breaking of a china bowl in an ordinary household was more probably greeted with the short, sharp vernacular. But over time (and once appropriated as the Next Big Thing by the west), wabi sabi has become less about cracked crockery and more to do with just generally accepting that there’s beauty in everything. Yourself. Your life. And even that junk drawer!

“There’s a crack in everything, that’s how the light comes in,” proposes Leonard Koren, American artist, author, and aesthetics expert, who writes extensively on the subject. Defining wabi sabi as “the most conspicuous and characteristic feature of traditional Japanese beauty”, he suggests that the ideology “occupies roughly the same position in the Japanese pantheon of aesthetic values as do the Greek ideals of beauty and perfection in the far West. “It is,” he adds, “a beauty of things modest and humble. It is a beauty of things unconventional.”

Okay, we’re not quite sure how Koren might take to your kids’ socks littering the downstairs loo – this is probably not what he had in mind when he penned the definitive western treatise – but the underlying theme is the same: liberation from a need for perfection, and the ease to revel in one’s flaws. Interestingly, in Zen Buddhism, wabi sabi is said to allow the senses to focus on the present moment (ah ha! Mindfulness). Meanwhile, to Mahayana Buddhists, the term is suggestive of desolation and solitude: both viewed as positive characteristics in that they represent a liberation from the material. In fact, a number of eastern ideologies ascribe to the principle of wabi sabi; it may be the new big thing here in the west but over in the Orient it’s long been seen as the first step to enlightenment.

Finding the imperfections is one’s life and quietly accepting the cycle of growth and decay is generally anathema to those of us brought up in the west. Here, we’re taught to strive for meticulous organisation, extraordinary success, that perfect Pinterest-board life. Wabi sabi asks us to change that view: accepting character flaws (our own and others’), savouring our food, building a home we love, and learning to roll with the changes.

“Accepting the world as imperfect, unfinished and transient, and then going deeper and celebrating that reality, is something not unlike freedom,” suggests Richard Powell, author of Wabi Sabi Simple. It makes sense that, as the world around us succumbs to political, economic and social madness we should – rather than spend our lives posting outraged messages or discussing politics to the nth degree over dinner – quietly accept our reality, forging the best life for ourselves and those we care about. In a world gone mad, becoming a mindful adherent to wabi sabi can only make 2019 a more peaceful year for us all!