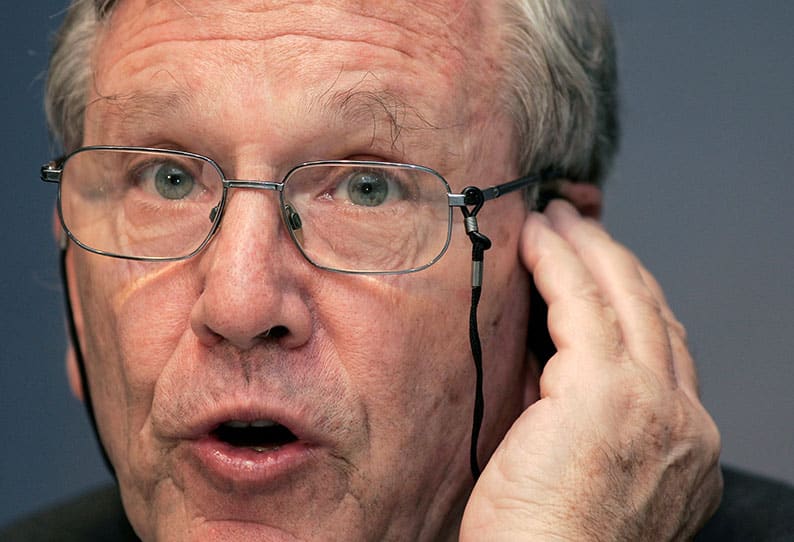 Amos Oz, Israel’s best-known author and an outspoken supporter of a two-state solution to its conflict with the Palestinians, died of cancer at the age of 79 on Friday, his daughter said.

Over a 50-year career, Oz chronicled his country’s rise from the ashes of the Holocaust and its struggles – among Jews and Arabs, secularists and zealots, conservatives and liberals.

“To those who loved him, thank you,” his daughter Fania Oz-Salzberger said in a Twitter post announcing his death.

Born Amos Klausner in Jerusalem to Eastern European immigrants, Oz moved to a kibbutz at 15 after his mother’s suicide. He changed his surname to the Hebrew for “might”.

Oz fought in the 1967 and 1973 Middle East wars, experiences that tinged his advocacy for territorial compromise with the Palestinians – though he was more circumspect about any accommodation with the hardline Hamas Islamists ruling Gaza.

“We cannot become one happy family because we are not one, we are not happy, we are not family. We are two unhappy families. We have to divide the house into two smaller next-door apartments,” he told Deutsche Welle in an interview marking Israel’s 70th anniversary this year.

“There is no point in even fantasising that after 100 years of bloodshed and anger and conflict Jews and Arabs will jump into a honeymoon bed and start making love not war.”

Such a deal has looked unlikely since US-sponsored negotiations stalled in 2014.

Oz studied philosophy and Hebrew literature at Jerusalem’s Hebrew University. “Elsewhere, Perhaps”, his first novel and an examination of relationships on a fictional kibbutz, was published in 1966.

In his later years, he taught Hebrew literature at Ben-Gurion University of the Negev while living in the nearby desert town of Arad, where he had moved to salve his son’s asthma.

Among his dozens of books, widely translated abroad from Hebrew, was “A Tale of Love and Darkness,” a memoir that actress and director Natalie Portman adapted for the screen in 2016.

“It was a tale of love and light, and now, a great darkness,” Israeli President Reuven Rivlin said in a statement. “Rest in peace, dear Amos. You gave us great pleasure.”

“My heart is broken,” Portman wrote in a eulogy on Instagram.

Singer, songwriter and producer Johnny Worth has died aged 90