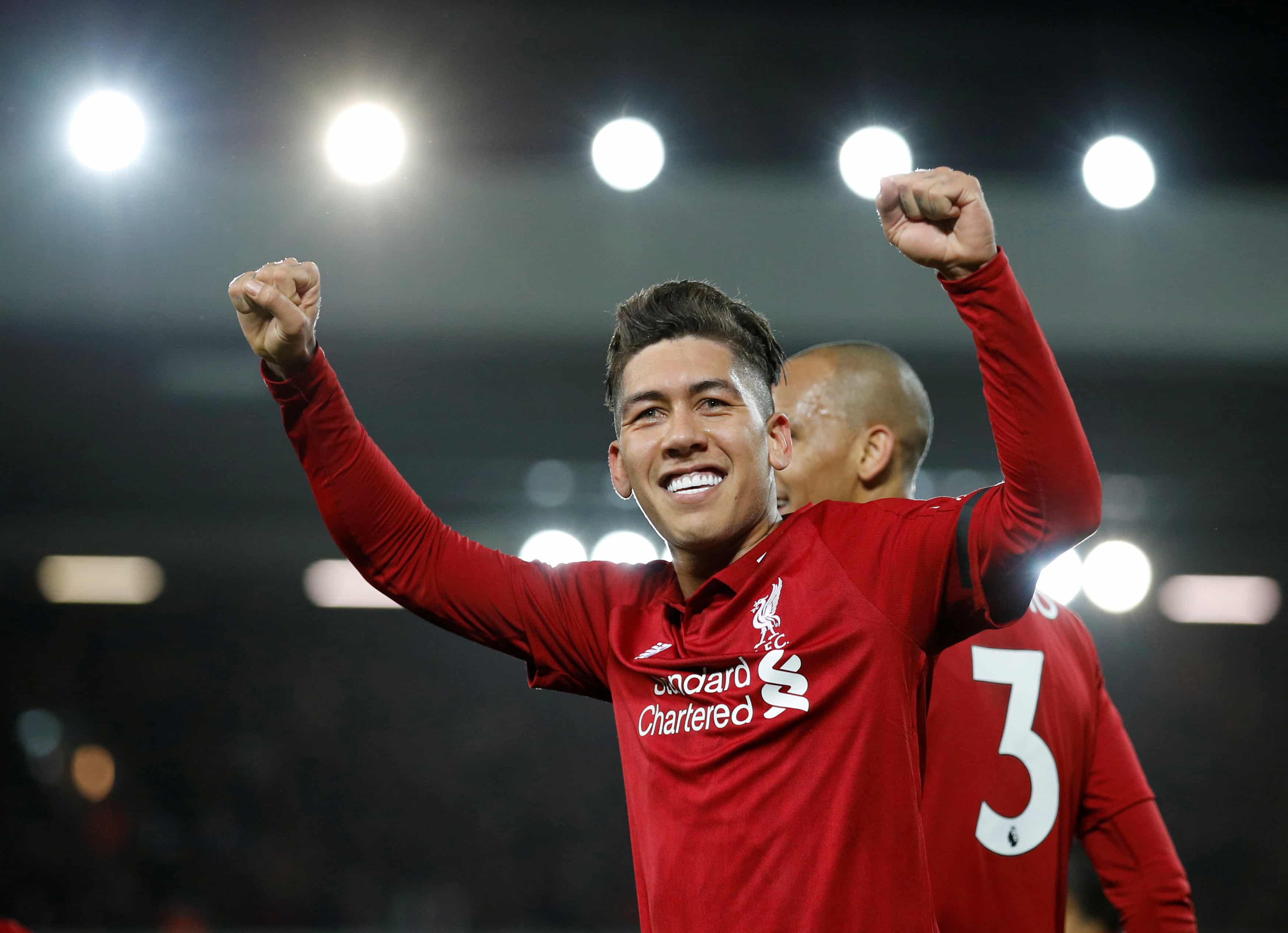 Rampant Liverpool opened up a nine-point lead at the top of the Premier League after Roberto Firmino scored a hat-trick in a 5-1 crushing of Arsenal at Anfield on Saturday.

The visit of the fifth-placed Gunners was seen as a major test of Liverpool’s title credentials, coming during a busy period of fixtures including Thursday’s upcoming clash with champions Manchester City at the Etihad.

But after suffering an early warning when Arsenal took the lead in the 11th minute, Klopp’s side displayed the very best of their high-paced, powerful, attacking football to register their ninth league win in a row.

Liverpool are nine points clear of second-placed Tottenham Hotspur, who lost 3-1 at home to Wolverhampton Wanderers on Saturday while third-placed City, now 10 points behind the Reds, can close the gap if they beat Southampton away on Sunday.

But the Merseysiders will be worrying little about results elsewhere given their current form.

There may be 18 games left for them to play, and no doubt many twists and turns to come in what is proving to be an enthralling season, but there is a confidence about this Liverpool team that does not look like being shaken easily.

Arsenal did their best to disturb that self-belief by pouncing on an error from Dejan Lovren to take the lead when Alex Iwobi delivered an excellent cross from the left which was turned in at the back post by Ainsley Maitland-Niles — the 21-year-old’s first league goal for the club.

It was the first time Klopp’s side had trailed at home since Dec. 30, 2017 but within three minutes they were level.

Mohamed Salah jinked into the box and went down under a challenge but the ball fell to Brazilian Firmino who made no mistake with a cheeky ‘no look’ finish.

Firmino then showed his full range of skills with a brilliant solo goal as he dribbled past three Arsenal defenders before slotting home with his left foot.

It was a goal of such quality as to recall some of the finest finishers to have worn the red shirt, with the technical prowess and vision of Luis Suarez or Kenny Dalglish.

Unai Emery’s Arsenal were being bullied off the ball in midfield and looked as fragile at the back as they did during the latter years of Arsene Wenger’s reign.

Sadio Mane made it 3-1, converting a low Salah cross after a brilliant cross-field pass from Andy Robertson, who is fast becoming a Kop favourite, and on the stroke of halftime Salah made it 4-1 from the spot after he was brought down in the box.

Firmino completed his first Liverpool hat-trick from the penalty spot, driving the ball home in the 65th minute after Sead Kolasinac was ruled to have pushed over Lovren.

From then on it was a case of avoiding injuries ahead of the trip to City – a game which should delight the neutral and could provide a major indicator of the likely outcome of the title race.

Opening the doors of the universe