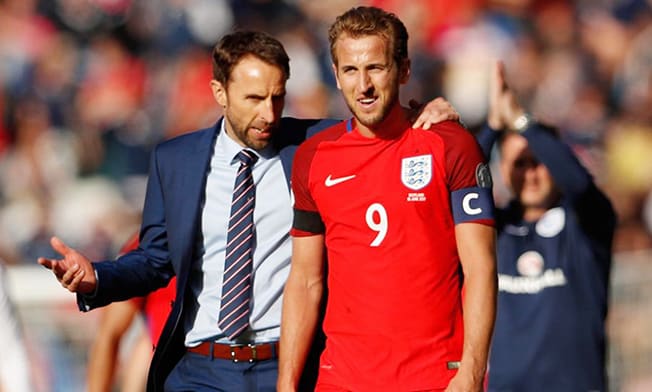 England manager Gareth Southgate has been awarded an OBE in the New Year Honours, with captain Harry Kane receiving an MBE on the back of the country’s memorable run to the World Cup semi-finals.

After years of disappointment at major tournaments, the Three Lions ripped up the script in Russia to reach the final four and match the country’s best ever performance on foreign soil.

Southgate was key to England’s surprise run to the semi-finals, which came less than two years of being parachuted in as temporary manager following the abrupt exit of Sam Allardyce.

The 48-year-old quickly went about earning the permanent post and changing the culture of the team, with their World Cup run followed by progress to the inaugural Nations League finals in a year that ends with an OBE.

“I’m an incredibly proud Englishman so having had the opportunity to have represented my country as a player more than 50 times and then to manage the team at a World Cup has been an absolute privilege,” Southgate said in a statement to Press Association Sport.

“I hope that everybody that has supported me throughout my career feels pride in the fact that I’ve received this honour because I wouldn’t be in this position without that help and guidance.”

Kane has also been recognised in the New Year Honours, having skippered England with aplomb in Russia and won the Golden Boot after finishing top scorer at the World Cup.

The 25-year-old striker scored six goals as Southgate’s side reached the semi-finals and has shone throughout the year for high-flying Tottenham.

Kane spoke to his club’s official website about the award and said: “It’s quite surreal, really. It’s been a great year for club and country.

“I’m very passionate about our country, very patriotic and going back to England, it shows how good the summer was for the whole nation, not just from my point of view, but what it did bringing everyone together.

“I’m extremely proud to be a part of that and obviously thankful to all my team-mates, all my coaches at Tottenham, England, (Tottenham boss) Mauricio (Pochettino), Gareth, all the staff, the guys as well – without them I wouldn’t be scoring the goals and getting these accolades.”

Scudamore has run English football’s top flight since 1999 and announced in June his intention to relinquish his position by the end of the year.

There is an OBE for services to football for former Manchester United and Northern Ireland goalkeeper Harry Gregg.

The 86-year-old survived the Munich air disaster in 1958, when he heroically saved several passengers from the crash.

Gregg, capped 25 times by Northern Ireland, was awarded an MBE in 1985 and has promoted grassroots football.

A club spokesperson told Press Association Sport: “Everyone at Manchester United is delighted for Harry Gregg and sends their warmest congratulations on this richly deserved honour.”

Compatriot Gareth McAuley, who currently plays for Rangers, has received an MBE for services to football in Northern Ireland.

The 39-year-old defender has represented his country 80 times despite only making his debut in 2005, while his club career has seen him ply his trade for the likes of Leicester, Ipswich and West Brom.

Leroy Rosenior, vice-president of Show Racism The Red Card, picks up an MBE for services to tackling discrimination in sport.

Former Arsenal and Football Association vice-chairman David Dein has been given an MBE for services to football and to voluntary work in school and prisons.