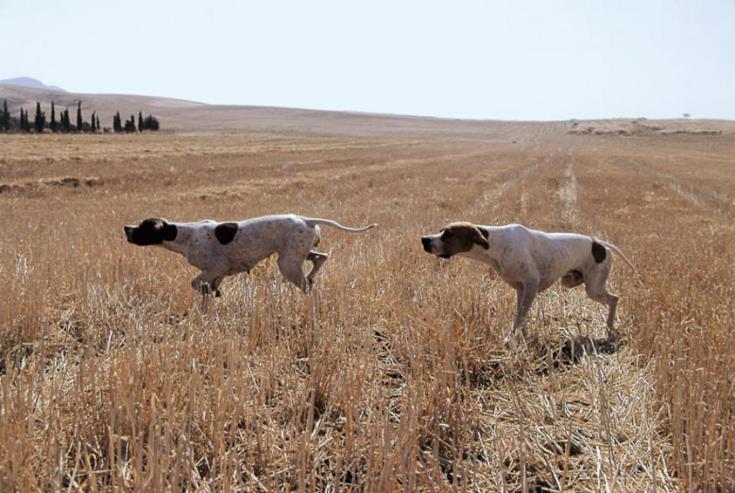 Hunters say their dogs cannot be exercised on a lead

Another year has come to an end with no clear improvement on animal welfare issues. And of all the mistreated animals, hunting dogs all too often fare the worst.

According to the Animal Party, 90 per cent of all stray and abandoned dogs in Cyprus are hunting breeds, not that we need statistics to realise this is the case.

In recent years, following the economic crisis, members of the public find themselves taking in stray dogs that are roaming the streets or emaciated and close to death in remote areas and many times with injuries. The majority of these dogs are hunting breeds. Social media are inundated with posts concerning dogs found on the streets, in forests and on beaches, usually with no microchip or collar with a name tag.

The situation has reached scandalous proportions but authorities don’t seem to get the message.

Take Nelly. Last February, the three-year-old cross breed beagle was locked up by her owner in a cage, howling and crying day in day out.

Eventually, Nelly escaped by digging a hole through the dirt floor of her enclosure and was taken in by a neighbour. Despite countless efforts by neighbours with the local authority her owner never faced any legal consequences even though he was keeping her on municipal land.

Eventually the neighbour contacted a local animal shelter and fostered the dog until a new home was found for her.

The cash-strapped municipality was clearly trying to avoid the responsibility of taking her under its care, and neighbours, knowing the horrid condition of the local authority’s dog shelter, did not push for that to happen.

Nelly is now living in a loving home in the UK. But not all dogs are as fortunate.

Local authorities often turn a blind eye to cases such as Nelly’s and even much worse ones, and, as a result, the majority of hunting dogs spend their lives locked up in cages, and are let out only during the hunting season, if they are deemed by their owners as ready for the task.

Many of those who go hunting are startled by the gun shots and run away, and end up lost. With no microchips or a name and phone tag on them, they cannot be traced back to their owners.

Leaving dogs alone and unprotected in cages, often in remote areas encourages thefts and poisonings of the animals.

This year more than 50 hunting dogs were reported stolen – most of them had been kept in cages in remote areas in Limassol and Paphos.

Last year nine dogs were found charred in their cages in Zakaki, Limassol after a fire, believed to have been set deliberately.

This year saw the establishment of a hunters’ party, who in pronouncing their articles of existence make no mention of promoting the welfare of their dogs.

One would think that these dogs, so useful to hunters and on which they spend thousands to buy and train, would be considered a valued partner and companion. Sadly, in most cases they are used as an accessory, kept out of sight when not used.

The agriculture ministry launched this month a series of short videos, starring Kleija, a rescue dog, to raise awareness over animal abuse and the importance of neutering and spaying. A most welcome move, but bearing in mind that most strays are hunting dog breeds, the best move would be to encourage hunters’ associations to launch information and awareness campaigns among their members.

Politicians visiting animal shelters and even adopting dogs is a positive step as it encourages their followers do the same, but MPs and party leaders need to actively address the problem of hunting dogs. Hunters are a very large group of voters, and parties fear possible repercussions of moves that could anger them, but they don’t have to work against them, just with them. This could be done in cooperation with the Game and Fauna Fund, the state vet services and animal welfare organisations. The latter especially would have much to say since they are usually the ones picking up the hunters’ mess.

The state too, needs to get its act together and sort out the uncertainty over the obligations of the dog owners, as no one knows exactly what are they. An amendment to a law in force since 2002 has been pending since 2012, due to the inability of the ministries of agriculture and interior to coordinate as the authorities in charge of the state veterinary services and local authorities respectively.

For all of these reasons Cyprus continues to fail as regards animal welfare, and 2018 was not a good year to be a hunting dog.

India university official urges students to kill instead of complaining