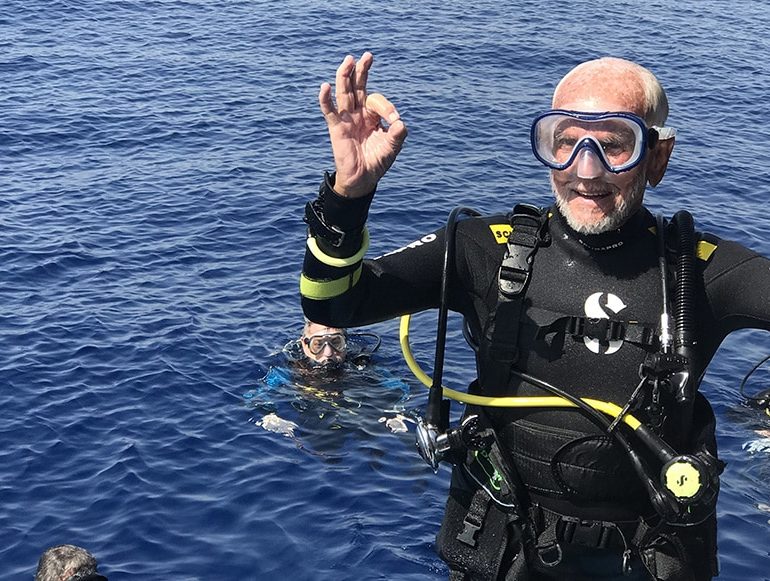 As 2018 comes to a close and a new year lies ahead, it’s difficult to choose just one story that stands out from the rest this year.

I have written many articles dealing with difficult or heart-breaking situations and inevitably they tend to resonate the most.

One involves home owners in the Limnes area of Pissouri, fighting the government to force it to admit a landslide in the area is causing catastrophic damage to their properties.

Four families have already had to leave their homes for good and without compensation as insurance companies won’t pay out a penny, arguing the homes and gardens are being ripped apart by a landslide and such events are not covered.

Yet the government, which is responsible for dishing out compensation in cases of natural disasters, has still done nothing, despite the fact that the homeowners’ plight also featured in the UK media back in September.

Another of my articles that stands out highlighted the plight of refugees in Cyprus as authorities struggle to cope with the sheer numbers of arrivals. Paphos is the worst affected as numbers are swelling and space to house them is running out.

The number of Syrian asylum seekers in Paphos has increased dramatically to over one thousand, and as more boats arrive – often off the Paphos district coast – more make their way to the town.

A new Eurostat report has just revealed that the highest number of registered first-time asylum applicants in the EU during the third quarter of 2018 (relative to the population) was recorded in Cyprus; 2,484 per million inhabitants.

A number of charities and NGOs are trying to help ease the problems, including Caritas Paphos, which offers a food programme and help to refugees, but how long can they cope?

It wasn’t all doom and gloom though. I was pleased to see artisans, artists and craftspeople move into the historic building of Ibrahim’s Khan in Paphos old town. A new restaurant ‘Honey’ has also just opened and a number of successful events have already been held at the beautifully restored space. There is also an open air theatre with a stage available for hire.

The Khan was used as an inn and an area where merchants and craftsmen would come together. Now home to artists like Sharen Taylor, jewellery makers, producers of all things traditionally Cypriot, as well as some hugely talented craftspeople, this is one of my favourite places to visit in Paphos old town. I only hope to see the outdoor areas buzzing with more visitors in the warmer months.

But my standout story for 2018 has to be 95-year-old Limassol resident Ray Woolley breaking his own world record as the world’s oldest scuba diver, diving down to the sunken wreck of the Zenobia ferry in Larnaca, in September to a maximum depth of 40.5 metres for 44 minutes.

I met Ray a number of years ago and was immediately struck by his zest for life, healthy and positive attitude and remarkable approach to healthy ageing.

I always forget that he is approaching a centennial birthday and he is an inspiration to everyone that meets him.

Ray, who celebrated his 95th Birthday on August 28, said it felt ‘fantastic’ to break his own record and hold onto his title. He initially claimed the Guinness record following a similar successful dive on his 94th birthday in 2017.

He inspired me so much, that with a small crew, we made a film about his life.

‘Life begins at 90’ is currently being shown at festivals around the world much to the delight of Ray, who continues his quest to ‘get us all out of our chairs and on the move’.

Brazil moving its embassy to Jerusalem matter of ‘when, not if’

Belgium to appeal against order to repatriate Islamic State families