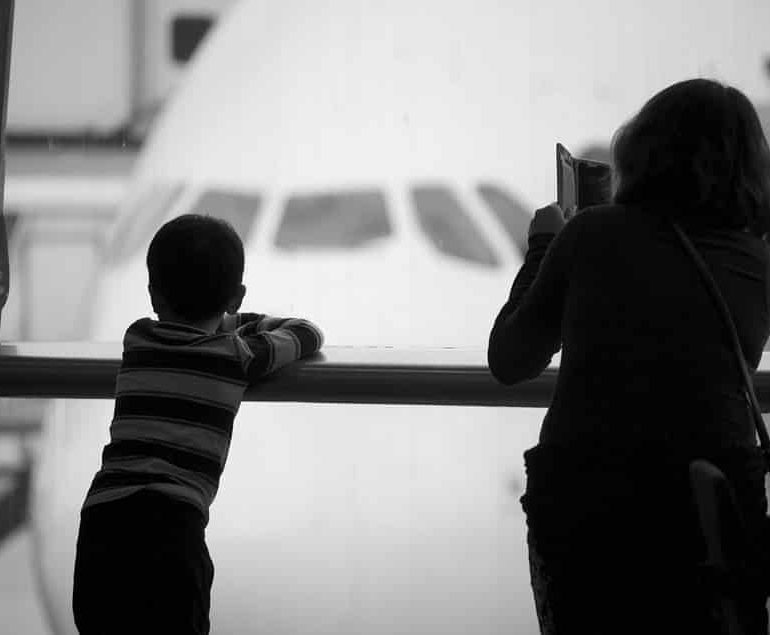 Never easy, settling on the ‘pick of the year’ requires not merely jarring one’s memory but also – maybe even harder – the process of eliminating many items that you’re aching to editorialise on while writing them up as a straightforward news story. This time, the ‘winner’ just manifested from somewhere in the ether. Turns out it was an idea that was nagging me for some time: the chipping away of civil liberties.

The trigger was a very minor story we ran in July. Though paling in comparison to the other major news during what was an eventful year, it left a bad taste in my mouth.

Here are the bullet points: police at Larnaca airport stopped a married woman who was travelling with her underage son, demanding she produce documentation proving the minor had permission to leave the country from his father as well. This despite the fact she was not on the ‘stop list’ which is implemented when separated parents are in a custody battle for their children. It turned out this extra screening was not based on a law, but rather on a ‘directive’ coming down from the immigration department, ostensibly a measure to prevent child abductions.

It raised questions of intruding into people’s private lives – never mind why or how the woman in question was flagged in the first place. True, it was a benign incident, in that the matter was resolved fairly quickly, and the woman and her son did manage to fly out.

That should have ended there as a case of overzealous officialdom. But in chasing the story, it took a darker turn when this journalist spoke on the phone with Justice Minister Ionas Nicolaou.

Cyprus has in place laws that criminalise abduction. But – and this is key – the crime has to be committed first. Innocent until proven guilty and all that. In this case, the woman had done nothing wrong, and was not even on a stop list.

You might argue the extra screening is intended as prevention. But erring on the side of pre-crime, the ‘just in case’ justification, smacks of authoritarianism.

When that philosophical concept was put to Nicolaou, the phone went dead for several seconds. It was as if I was speaking in Klingon and he spaced out. It then occurred to me: the man had never considered the possibility of civil liberties being infringed upon. When he finally did respond, he sounded bothered at the pesky question.

This write-up is not meant to single out Nicolaou. But there’s a broader theme here. When your country’s justice minister no less has this mindset, it gives you pause.

The year also saw the rolling out of the EU’s General Data Protection Regulation (GDPR). Days after it took effect in Cyprus, an acquaintance of mine, whose father was having surgery, arrived at the hospital separately and ahead of time. Making small talk with the staff, she asked if the operation was going ahead as scheduled. She identified herself as the patient’s daughter, mentioned her father’s full name, the surgeon’s name and the type of surgery.

The nurse refused to give her any information, citing the ‘protection of personal data’. Presumably the patient’s personal data. On a wall nearby was plastered a paper informing patients of their ‘new rights’ under GDPR.

Though only anecdotal, it’s perhaps illustrative of how the EU perceives ‘rights’. It would seem that ‘rights’ are bestowed by an authority, and they are defined and described by that authority, via hundreds of pages of regulations. The EU tells us we have ‘rights’ over this or that, and then straps on a legion of conditions and clauses. Life just got a whole lot more complicated – and restrictive.

In 2018 Cyprus banned cash transactions of €10,000 or more. Again, taking its cue from Brussels. Once more, we are told that it’s for our own ‘security’ – combating money laundering, the financing of terrorism and so forth. Yet the loss of anonymity when transacting is extremely worrisome.

And more similar legislation is being enacted by the day.

Boxed in between illiberal laws on the one end, and local officials disinterested in civil liberties on the other, where can Cypriots turn to? There are no watchdogs here akin to the ACLU or Judicial Watch in the United States. Freedom of Information requests are non-existent. And although Cyprus churns out lawyers faster than a factory assembly line, how many attorneys do you know of who concentrate on government overreach?

Israel protests after Jordanian spokeswoman steps on its flag