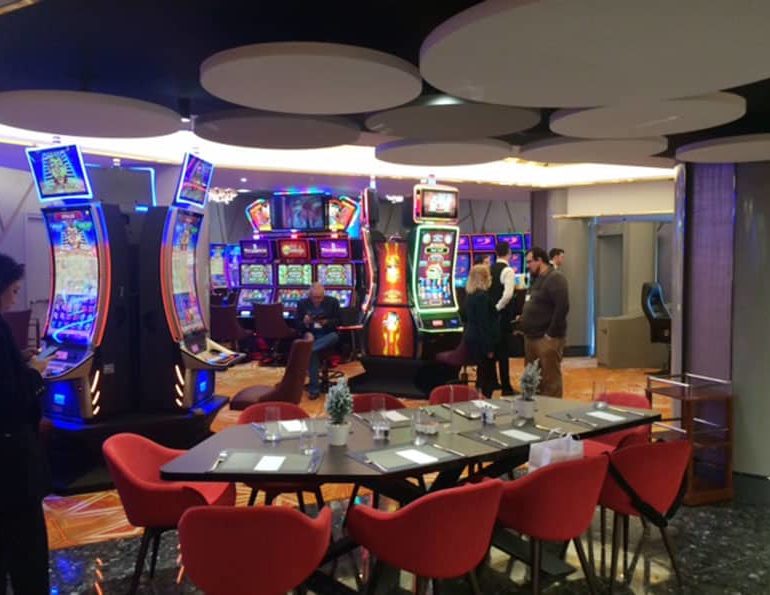 The casino in Nicosia

IF a cost-benefit analysis had been carried out for the recently opened casino in Nicosia, the conclusions would not have been very encouraging.

Firstly, a couple of words need to be said about the building, which is very small and does not have a single window. Going inside, my first impression was of a big cell and I would not recommend it to people suffering from claustrophobia. I froze, suffered a hot flush to be more precise, at the thought of, God forbid, a fire breaking out.

The choice of location is also very unfortunate. In effect, in the centre of the area of the University of Nicosia’s medical school, a polyp has developed, threatening the mental and physical well-being of the students.

Then there is the lack of any preparation on the wider issue of gambling and casinos. It has to be instilled in everyone’s minds that in the long-run, nobody wins in a casino. No scheme or system can alter the probabilities which are always weighted in favour of the casino. The public has received no briefing or information on this matter and many have not realised that the probability of losing is significantly greater than that of winning. For instance, in American roulette, which the Cyprus casinos offer, the player is at a disadvantage of 5.3 per cent. This means, that for every €1000 being staked on the roulette numbers, for example, the casino returns, on average, €947.

In Black Jack the percentage disadvantage varies from player to player and ranges from one to 25. The more experienced and statistically educated a player is the smaller the disadvantage. This is why people without the basic knowledge of the law of probability should not play this game.

As regards the slot machines, which is an advanced type of kazandi (the traditional gambling game that offers prizes such as teddy bears, bottles of Scotch and jars of pickled birds), the casino operators have not announced the percentage of the payback for players, and it is the responsibility of the government to step in and demand gamblers are informed about the probabilities of winning. In the EU, the law envisages a payback of at least 75 per cent, but as a result of competition most casinos in Europe have raised it to between 90 and 95 per cent. In Cyprus, the casino is a monopoly so the percentage would be 75 per cent.

The Consumers’ Association should demand a full briefing on this subject. The percentage is programmed into the chip of the machine’s computer and therefore, for the payback to be changed, changes must be made to the chip. At the Nicosia casino, I noticed that the slot machine was the most popular form of gambling. This is why I think it is important to mention that the nickname for slot machines in the English-language is ‘one-armed bandit’. No more need be said.

Then there is the question of whether the existence of the Nicosia casino is justified, at least in its current form. To answer this question I must point out that at the two Black Jack tables the minimum stake is €25, while at the two roulette tables it is €10. These are very high minimum stakes, which exclude most players, pushing them towards the fruit machines, from which the casino enjoys much higher profits and which require no staff.

If the objective of the Nicosia casino is to attract wealthy tourists, then it must be said that it has failed spectacularly, given that tourists in the capital – mainly those who stay overnight – are very few, apart from the fact that the high stakes are prohibitive. And why would a tourist try his luck at the Nicosia casino where he has a 25 per cent disadvantage on the fruit machines when he could as easily take on the one-arm bandit on the internet from his hotel room at a disadvantage of five to 10 per cent?

A much-advertised benefit of the casino was the creation of new jobs in Nicosia. This target has not been met as most players are obliged, because of the high stakes, to resort to the slot machines that do not need staff to operate them. The jobs created, I would guess, are dozens rather than hundreds. Of course, any new number of jobs created is misleading because the casino industry is in direct competition with cafes, bars and restaurants which will see their takings reduced and, as a consequence, their number of employees.

In the end, if the objective is to offer a new form of entertainment to people that gamble sensibly – those that consider a visit to the casino as a leisure activity and, from the start, risk losing a set sum that will not affect their finances – the casino has failed be because the excessively high minimum stakes make gambling for fun prohibitive.

By the process of elimination, you arrive at the conclusion that the Nicosia casino will only serve gambling addicts, which according to recent surveys is six per cent of the population. These people need our help. I do not know how they can cut the addiction, but I have this to say to them: when the lamb goes to the slaughterhouse it has a small probability of killing the butcher. The casinos, though, always bet on the butcher slaughtering the lamb.

Business as usual in 2019: realpolitik and betrayal

The challenges facing the Cyprus economy in 2019