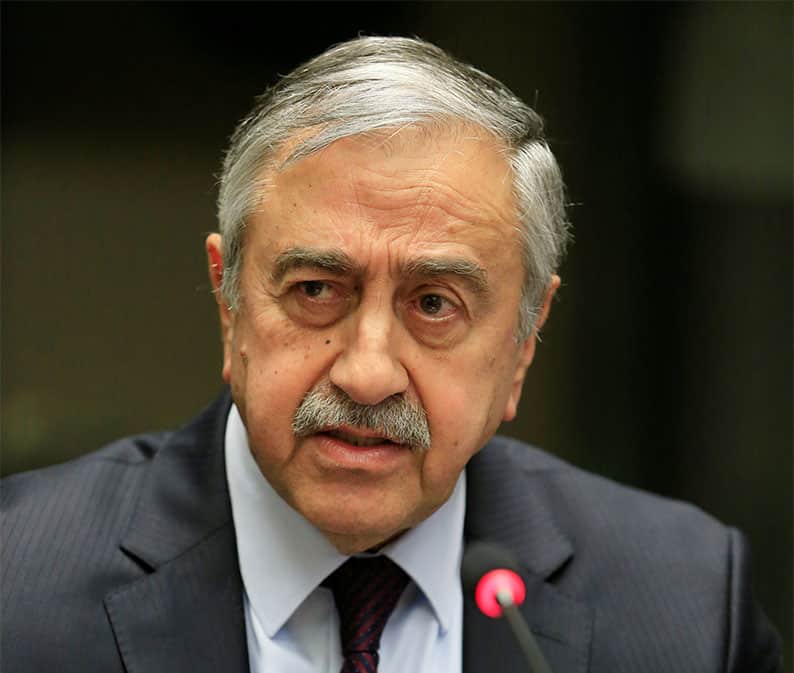 “The Turkish Cypriot community is the only one which is eagerly developing proposals and which worries about the passage of time” in the Cyprus problem, Akinci said, according to Turkish Cypriot Bayrak.

The reason for this, Akinci said, is that the Turkish Cypriot community continues to be the biggest victim of the status quo.

“Almost everybody agrees that the solution will be achieved within the UN framework and through negotiations. No one alleges anything outside this,” he said.

“It is not possible to both be within the UN framework and exclude certain UN parameters which have been developed throughout the years.”

If Turkish Cypriots demand that political equality and effective participation in decisions are included in the solution, it is because they have been agreed upon as UN parameters, the Turkish Cypriot leader said.

“Is there anyone of us who will say yes to the unitary state structure which will make the Turkish Cypriots a minority? Even asking this is absurd,” Akinci said.

The Turkish Cypriot leader questioned whether there was a Greek Cypriot or a third party which would accept two sovereign states, or a confederation or the existence of two states in the EU.

“I am not willing to pass into the pages of history…as the one who is responsible for the impasse in Cyprus,” Akinci added. “Therefore, I will continue my efforts in the direction of leading this process to a result, by remaining committed to the UN parameters and the past agreements.”

He said the Greek Cypriot handling of the Cyprus issue was a problem because of their position on how the decisions of the central government would be taken.

But this is out of the question, Akinci said, as a solution without political equality, which is the sine qua non of a federal solution, would never be approved.

A positive development this year was the opening of the Dherynia and Apliki checkpoints, despite what Akinci described as the delaying tactics from some circles in the Greek Cypriot community.

Regarding decentralisation, Akinci said that he was open to discussing the matter whenever the Greek Cypriot side was ready to define what this would entail, rather than proposing this model as a delaying tactic.