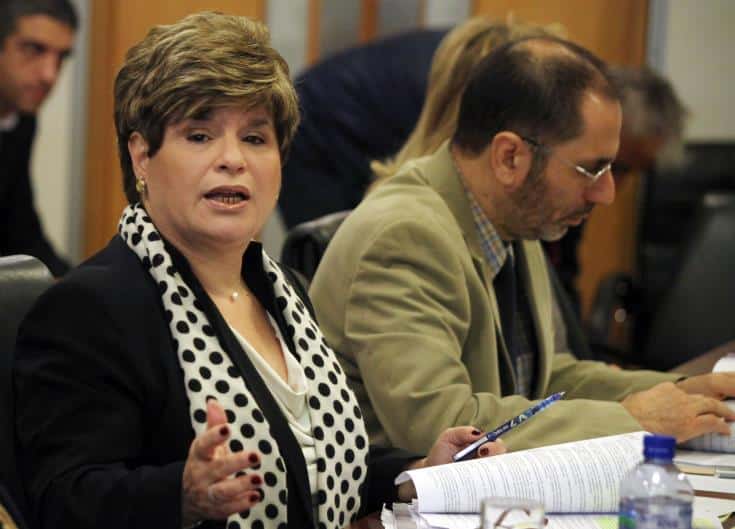 President Nicos Anastasiades was not formally or adequately briefed about the situation festering inside the co-operative banking sector before it spiralled out of control, he has said.

In an interview with daily Phileleftheros, the second part of which was published on Monday, the president appeared to leave the Central Bank chief high and dry.

He told the paper that prior to the February 2018 presidential elections, Central Bank governor Chrystalla Georghadji did not brief him on the state of the co-op.

This timeframe coincided with the election campaign for the 2018 presidential ballot.

According to Anastasiades, on January 19, 2018 he summoned Georghadji to the presidential palace to ask her whether the rumours were true.

During that meeting, he claims, the Central Bank chief initially told him: “I see you are aware of the problem within the co-ops.”

To which he responded: “Excuse me. I am merely hearing rumours. I would like a briefing.”

However, Georghadji was unable to either confirm or deny the reports, because the Central Bank of Cyprus was not directly responsible for the co-ops.

The Cyprus Co-op, recapitalised with €1.7bn in taxpayers’ money, was compelled to sell its operations to Hellenic Bank in June after its failure to reduce its non-performing loans stock fast enough, wiped out its equity. The state-owned lender was jointly supervised by the Central Bank of Cyprus and the European Central Bank’s (ECB) Single Supervisory Mechanism (SSM).

Anastasiades said Georghadji told him that the Cyprus co-ops came directly under the supervision of the ECB and the SSM and “as such I cannot tell you more.”

What was known at the time, the president added, was that the co-ops were saddled with high levels of non-performing loans.

In the same interview, Anastasiades said European banking authorities appeared to have treated the co-ops “harshly”.

He also defended the handling of the matter by his finance minister, Harris Georgiades.

During hearings held on the demise of the Co-op, bankers said the lender’s fate was sealed when the European supervisors lost their confidence.

The hearings concluded earlier this month, and it’s understood that the final report is being written up at this time.

Akinci: Turkish Cypriots the main victims of the status quo