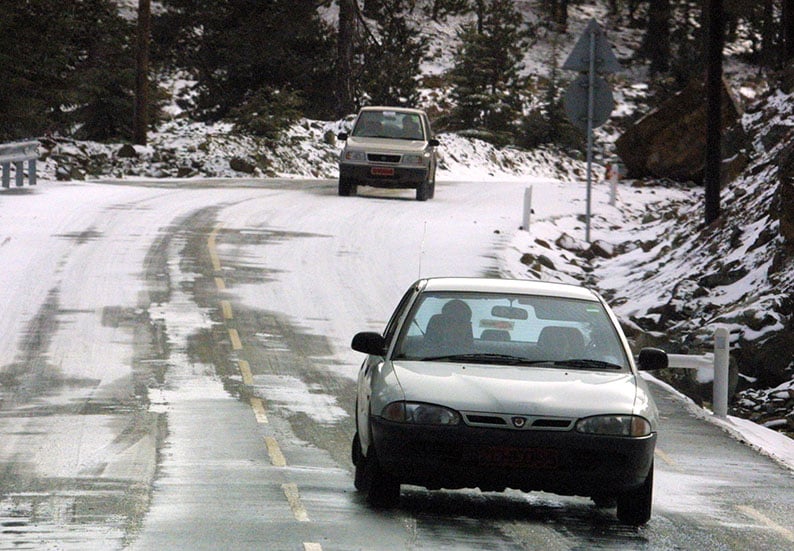 Due to extreme weather conditions many roads have been closed in the Paphos and Troodos regions, and police are warning drivers of landslides and overflowing rivers while dense fog is severely limiting visibility.

According to a police announcement, the Kelokedaros-Amargetis-Natas road is impassable due the Xeros river overflowing near the Zyripili bridge. For the same reason, the Tselefos bridge had to be closed to traffic.

The road from Ayios Nikolaos to the Pera Vassa picnic area is also impassable because of the accumulation of large quantities of water as is the road from Kouklia village to the Evangelos Florakis memorial.

Excess water has also gathered on the road from Episkopi to Nata, making it impossible for vehicles to use.

In the mountains, the old road from Akrounta to Dierona had to be closed because of a rockfall.

Due to snowfall, the road leading from Prodromos to Troodos is closed to all vehicles.

Police have warned the public that due to rockfalls, the road from Prodromos to Lemithos has become dangerous. The dangerous spot has been marked and drivers are urged to be extremely careful.

In the mountains many other roads are slippery and visibility is limited.

Drivers are urged to be very careful, drive at low speed and keep a safe distance from vehicles in front.

They should inform themselves on the situation on the roads via the police application and the information page www.cypruspolicenews.com before driving in the affected areas.