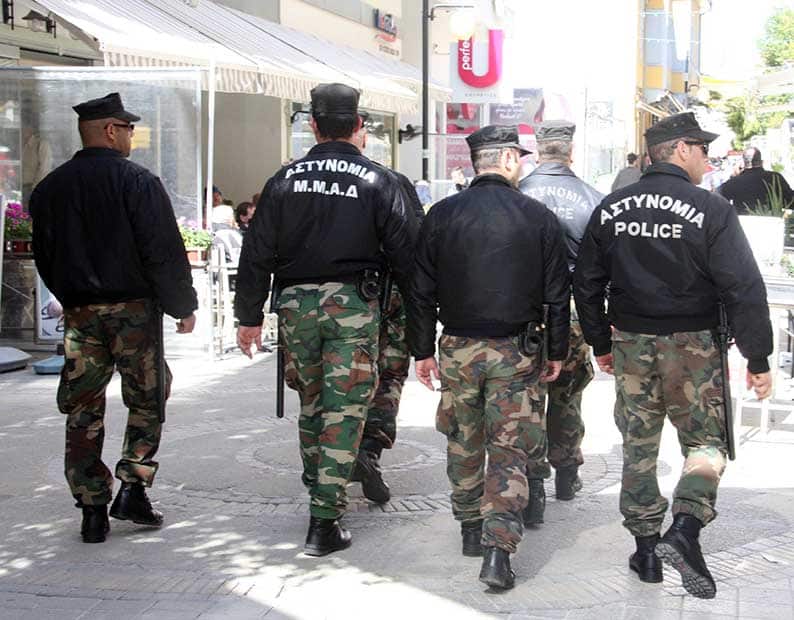 Cyprus had the highest ratio of police officers per 100,000 residents in 2016, Eurostat showed on Friday but the force on the island said the figures were somewhat misleading.

According to Eurostat, “the number of police officers in the EU has slowly been decreasing in recent years.”

One reason for this, Eurostat says, is that “countries organise their law enforcement differently, according to national needs, resources and priorities,” while another reason for the difference between the national figures is who each country counts as police.

“For example, some special police units may be counted in different ways. The standard definition of police officers does not include clerks, maintenance staff and other employees who are not directly involved in typical police work,” Eurostat explained.

This is the case for Cyprus, the police said in an announcement in response to Eurostat’s report, where it claimed that the high figure accounts for “the inclusion of various units and services which in other European countries constitute a separate body and are therefore not included in the statistics as members of the police.”

These units and services include the immigration service, the port and maritime police, airport security, the presidential guard, as well as the departments responsible for the security of government buildings and embassies and the implementation of legislation concerning the control of smoking, noise, alcoholic beverages, the police said.

“The aforementioned services are not included in the term ‘police’ in other countries, so any comparison becomes precarious, as in the case of the Cyprus police these are 20 per cent of its human resources.”

Additionally, “the police force of other European states is supported by a large number of civilian personnel, which assist and strengthen the police services, which is not the case with the Cyprus police.”

The police also highlighted that the large number of tourists who visit Cyprus, around four million, constitute a national need for a heightened ratio of police officers to population.

“It is also worth mentioning,” the police said, “that even though in the EU the number of police officers fell by 3.4 per cent from 2009 until 2016, the corresponding figure for Cyprus was 14.7 per cent.”

US court hands win to Trump on transgender military ban