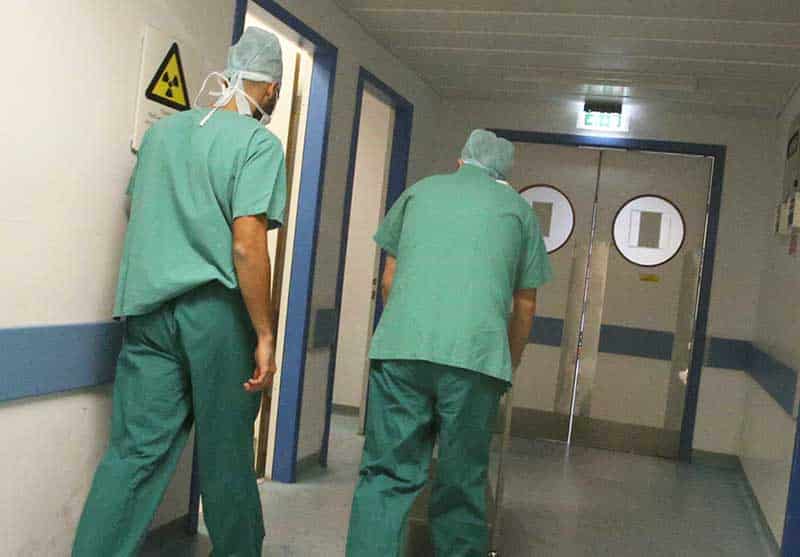 PRESIDENT Nicos Anastasiades is to meet with the medical association (CyMA) next week as private rheumatologists and intensivists, following six other medical specialities, said on Thursday they would too not back the National Health scheme (Gesy).

With the starting date for submission for applications by private doctors who would like to register as GPs in Gesy fast approaching, another two medical societies announced they would not back the scheme and called on their members not to join.

The board of the intensive care medical society called on its members not to join Gesy citing an insufficient budget for the scheme to run properly, they say. The Rheumatological Society of Cyprus also announced that it could not recommend that its members join Gesy, saying that none of its serious concerns had been answered or satisfied and that the proposed mode of operation was not viable.

The HIO announced this week that, as of January 21, it would be accepting applications by private doctors who would like to register as GPs in Gesy. The first phase of Gesy, which is the introduction of outpatient care, is to start in June.

The head of CyMA, Petros Agathangelou, said on Thursday that they have accepted an invitation to meet Anastasiades next week, most probably on Monday, to present to him their positions. The medical association that represents private doctors has yet to give the government a definite answer as to whether it would back Gesy.

Speaking to Sigma TV, Agathangelou, called on the Health Insurance Organisation to finally present the final contracts to private doctors interested in joining Gesy “so that the medical world can freely decide whether the system ensures quality and safety, but also the dignity of doctors who will be called to carry the weight of the system.”

Agathangelou dismissed claims that CyMA was behind the announcements of medical societies that they would not back Gesy as “slander”.

“Every interested party, has the right, in a public dialogue, to freely express their opinion,” Agathangelou said.

He reiterated that CyMA was focused on seeing the introduction of a quality health scheme which also ensures the dignity of doctors.

CyMA, he said, would not agree to any commitments unless everything was agreed, including issues concerning inpatient care.

The opt-out announcements by rheumatologists and intensivists follow those of urologists, nuclear medicine physicians, ear, nose and throat (ENT) doctors, endocrinologists, paediatricians and gastroenterologists. Cardiologists, despite not being fully on board, said its members would each decide for themselves individually.

Despite the increasing announcements by medical societies, Health Minister Constantinos Ioannou, gave reassurances on Wednesday that enough private doctors would join Gesy for it to operate successfully.

The minister put these developments down to misinformation within the medical world. For that reason, he said, HIO is to launch within the coming days another effort to inform private doctors.

Agathangelou however, dismissed the idea that the medical world had been misinformed, arguing that several medical societies had already been briefed by the HIO while others were waiting to be informed.

On a related note, state nurses’ union, Pasyno, said on Thursday that they did not find satisfactory the contracts given to them by the Organisation of State Health Services (Okyy). The organisation, as of the beginning of the year has assumed the financial and administrative supervision of state hospitals.

Pasyno said that basic issues were not mentioned in the contracts given to nurses concerning salaries, promotions, and allowances and there is no incentive for nurses to join under the new regime.

The nurses’ announcement follows the call by state doctors’ union Pasyki to its 500 or so members – both doctors permanently appointed and those on contracts – not to sign.

Ioannou said that even if many health professionals don’t sign the Okyy contracts and choose to keep their civil service status, it did not affect plans concerning the introduction of Gesy and hospital autonomy.