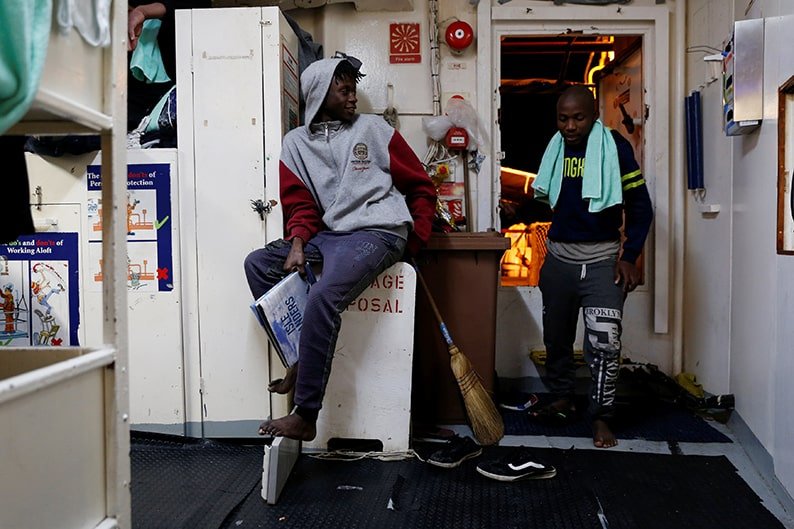 Migrants rest on the migrant search and rescue ship Sea-Watch 3, operated by German NGO Sea-Watch, off the coast of Malta in the central Mediterranean Sea January 3, 2019

Most of the migrants who crossed the Mediterranean to Europe last year arrived in Spain, according to European Union estimates published on Friday, as Italy had the fewest illegal entries in five years.

The border and coast guard agency Frontex estimated that 150,000 people entered the EU through irregular crossings in 2018, the lowest number in five years and far below the peak of more than a million recorded in 2015.

The number of arrivals in Italy, which has taken measures to prevent rescued migrants landing, fell 80 per cent to around 23,000, the fewest since 2012.

Meanwhile, arrivals in Spain doubled to 57,000 migrants last year, making the route from Morocco to the Iberian Peninsula the most active in Europe.

Arrivals in Greece and Cyprus through the so-called Eastern Mediterranean route rose to 56,000 last year, most of the migrants coming from Afghanistan, Syria or Iraq.