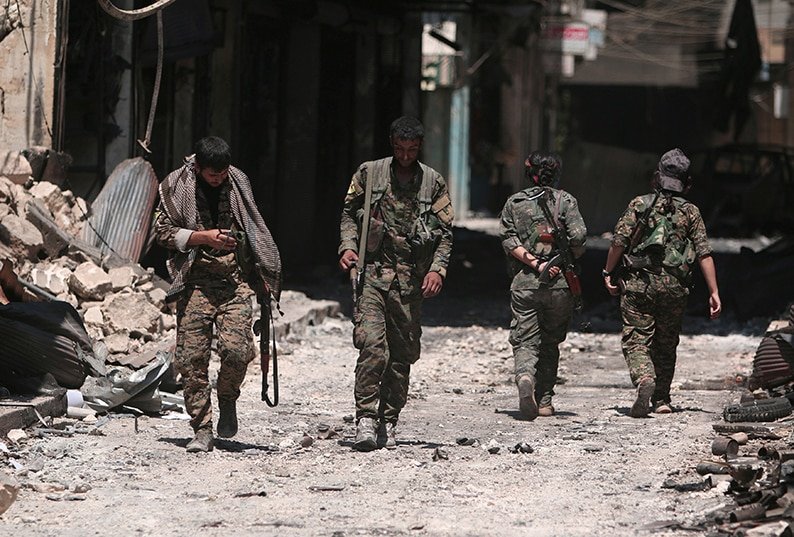 Syrian Kurdish leaders aim to secure a Russian-mediated political deal with President Bashar al-Assad’s government regardless of US plans to withdraw from their region, a senior Kurdish official told Reuters.

The Kurdish-led administration that runs much of northern Syria presented a road map for an agreement with Assad during recent meetings in Russia and are awaiting Moscow’s response, Badran Jia Kurd, who attended, said.

If such a deal could be agreed, it would piece back together the two biggest chunks of a country splintered by eight years of war and leave one corner of the northwest in the hands of anti-Assad rebels backed by Turkey.

The talks with Russia and new overtures towards Damascus underline a recalibration of Kurdish strategy since President Donald Trump announced his decision to withdraw US forces whose presence has stabilised the Kurdish-led region.

Their immediate priority is to find a way to shield the region from Turkey, which views the Kurdish YPG militia as a national security threat.

Turkey has already sent its army into Syria twice to roll back the YPG. But it has held off attacking the large Kurdish-controlled area of the northeast where US forces operate.

Trump, who has not set out a withdrawal timetable, said on Wednesday the United States would leave slowly “over a period of time”. He also said the United States wanted to protect Kurds, who have been vital to the US campaign against Islamic State.

Jia Kurd welcomed the idea of a slow withdrawal but said the United States had not discussed the pullout with its Syrian allies who were caught off guard by Trump’s announcement.

To fill the expected vacuum, they want Russia to help secure a Syrian army deployment at the northern border. This is part of a wider effort to strike a deal with Damascus they hope will also safeguard their regional autonomy.

“The final decision is (to reach an) agreement with Damascus, we will work in this direction regardless of the cost, even if the Americans object,” Jia Kurd said in the northern Syrian city of Qamishli.

“Our view is that (Russia) is trying to open new horizons with Damascus, this is what we sensed from them.”

Damascus and the YPG have mostly avoided confrontation during the war. At times, they have even fought common foes.

They convened political talks last year in Damascus, but these broke down without progress. Jia Kurd said the need for Damascus to enter serious dialogue was now more pressing.

The main aims of the road-map are to protect the border from Turkey, to find a way to integrate the governing structures of northern Syria into the constitution, and to ensure a fair distribution of resources in northern and eastern Syria.

“The ball is in the court of Russia and Damascus,” Jia Kurd said. “On this basis we can negotiate and start a dialogue.”

One of the biggest challenges will be reconciling the regional autonomy demands with Assad’s goal of exercising authority over the whole country again. The Syrian foreign minister recently said a federal Syria was unacceptable.

Jia Kurd said “conservative” elements in Damascus wanted to ignore political changes and to “impose their control and influence” through the kind of agreements forced on areas where anti-Assad rebels had been defeated.

“This is rejected by us,” he said.

The Kurds’ bargaining chips include control of dams on the Euphrates River, oil fields and other resources. Jia Kurd said these would be one main element of the dialogue.

Analysts however say their bargaining position has been weakened by Trump’s announcement, which heightened Kurdish fears of a Turkish offensive.

Turkey views the YPG militia as an extension of the outlawed Kurdistan Workers’ Party (PKK), which has waved a 34-year insurgency in Turkey.

Analysts believe Assad and the YPG could eventually work together against Turkey-backed rebels in northwestern Syria.

Jia Kurd said ending the Turkish occupation and defeating the remaining insurgents there required an agreement between Damascus and the Kurdish-led administration:

“This will give a big push towards ending the occupation and terrorism in Syria.”