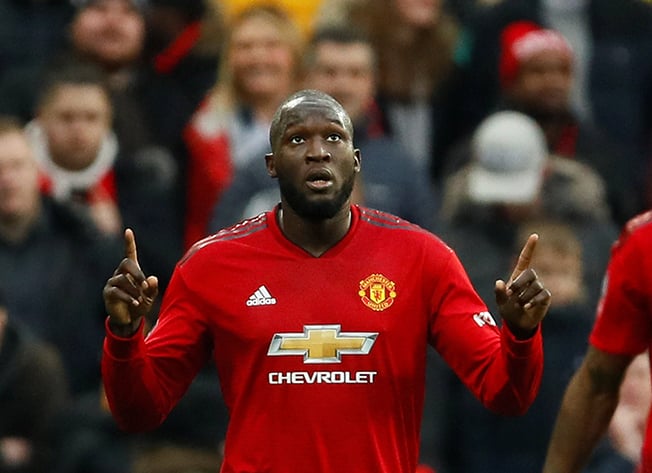 Ole Gunnar Solskjaer’s winning start to life at the Manchester United helm continued but the FA Cup third-round triumph against embattled Reading was the caretaker manager’s most unconvincing performance to date.

United racked up their fifth straight victory since the Norwegian replaced Jose Mourinho, although the Royals provided a test that belied their place five points adrift of safety in the Championship.

Reading arrived at Old Trafford without a win in their previous 10 matches but proved a handful on an afternoon that saw United emerge 2-0 victors thanks to Juan Mata’s penalty – after a lengthy video assistant referee delay – and a cool Romelu Lukaku strike.

In truth, many of Solskjaer’s nine changes under-delivered against Jose Gomes’ Royals in a performance that underlined the work still required.

This match also highlighted the tinkering still required with VAR as the length of delay was almost as frustrating as lack of communication inside Old Trafford before Mata scored from the spot.

Lukaku netted his third in as many games in first-half stoppage time, but things could have been different had Danny Loader and Callum Harriott done better with fine chances either side of the break.

But Reading’s lack of quality in the final third allowed United to head to Dubai for their warm weather training camp fresh from a fifth win, second successive clean sheet and FA Cup progress.

Despite the lack of quality on display, there was a good atmosphere throughout as the club’s work on improving the Old Trafford atmosphere was audible from those moved to the area normally housing the away fans.

Yet that intensity was not matched on the field, with much-changed United struggling for fluidity against organised Reading.

Alexis Sanchez’s strike from distance was the only moment of note until confusion reigned in the 20th minute, when Fred slotted home after collecting a return pass from Mata.

The linesman indicated offside, but referee Stuart Attwell held his finger to his ear as he received information from the VAR – the kind of communication lacking inside the ground, leading fans to jeer as the delay continued.

There was 125 seconds between Fred’s strike and the decision to award a penalty, with Omar Richards adjudged to have fouled Mata in the build-up and the Spaniard stepping up to send goalkeeper Anssi Jaakkola the wrong way.

“VAR, VAR, VAR” chanted United fans playfully when Andy Yiadom handled a Sanchez cross soon after, with Lukaku seeing an effort denied after bursting through as the home side looked to extend their advantage.

But Reading had now settled and began to probe, with Loader wasting their best chance after going past Sergio Romero but going so wide that the United goalkeeper was able to block him off.

Harriott tried his luck from distance as the visitors continued their unlikely push, with the Reading man having a shot on target that was far tamer than Yiadom’s stinging effort that forced Romero into action.

But just as Reading’s hope began to grow along came Lukaku to extinguish it, keeping his cool when meeting a pass from Sanchez to round Jaakkola and roll into the empty net.

United continued to wobble after the break as Harriott saw a shot saved by Romero after being put through by substitute Sone Aluko, leading Solskjaer to make three changes.

Limping Sanchez was among those withdrawn, while 19-year-old Tahith Chong came on for his debut.

Marouane Fellaini was another introduced and should have turned home an Ashley Young cross before Romero denied the lively Aluko in a stretched second half devoid of real quality.

The Old Trafford faithful remained in good voice, but, other than Andreas Pereira’s late attempt, there was little else to sing about.