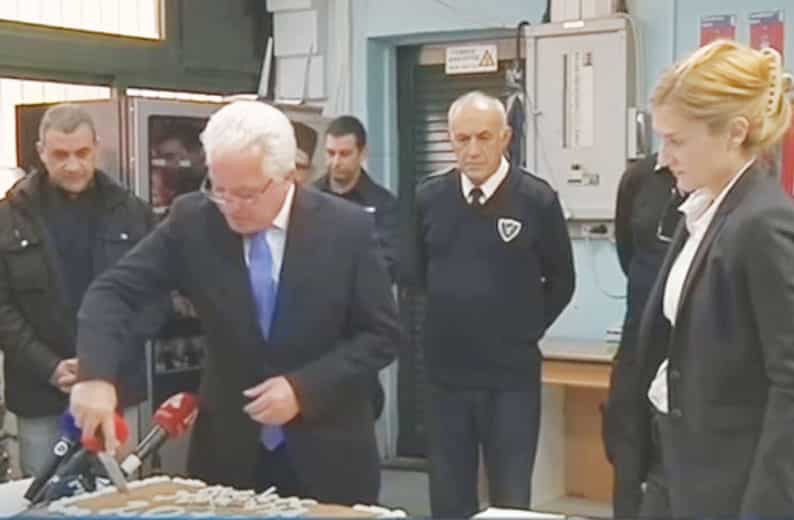 UNETHICAL or corrupt prison officers were put on notice on Friday that they would not be allowed to stand in the way of progress and modernisation of the system.

Nothing can stop the modernisation of the prisons department, Justice Minister Ionas Nicolaou told the department’s staff during a New Year’s visit.

A substantial contribution was made towards prison modernisation in 2018, Nicolaou said, noting that “for the first time, 85 per cent of the budget for the central prisons was used, contributing to better infrastructure, and the implementation of European programmes for guards and prisoners.”

Efforts will continue in 2019, he added, with special emphasis on the training and safety of correctional officers, in view of which a phone deactivation system will be installed in prisons by the end of January, while additional security systems for the prevention of the transfer of danger items or addictive substances into prisons will also be installed.

However, prisons still face various issues, the minister said, for which the officers themselves are also responsible.

According to Nicolaou, some guards are “addicted to taking sick leave, which constitutes a lack of respect towards their co-workers,” adding that “for those who will not be able to get over this ‘addiction’, we will have to cut the cord, one way or another.”

Even so, Nicolaou highlighted that in light of the problems faced by prisons in the past, “many of these are steadily being solved and prisons are changing.”

Regarding the problem of inappropriate behaviour by correctional officers, the director of the prison department, Anna Aristotelous, said: “We stand by those who perform their duties honourably, but those few who spoil the whole picture, who have become accustomed to favouritism, should know that this will no longer be accepted.”

“We are strongly opposed to corruption and we have proven this by arresting and firing a small number of guards,” Aristotelous said, noting that the large majority of guards perform their duties outstandingly.