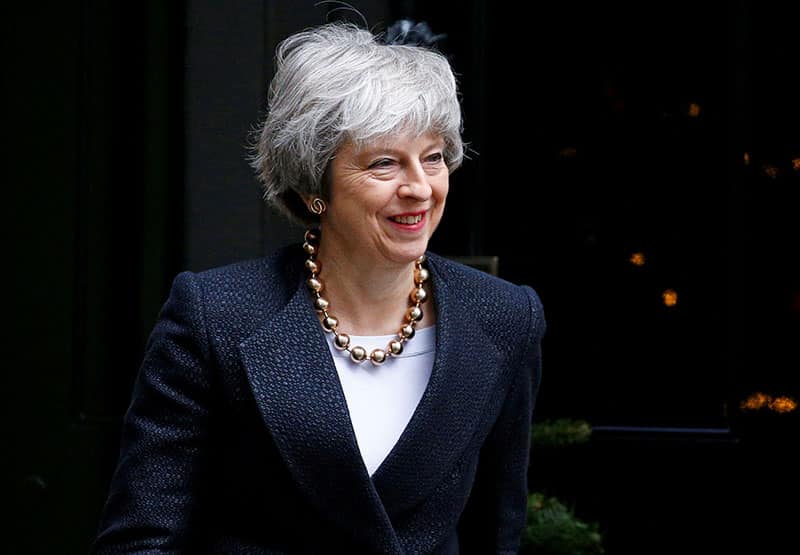 Prime Minister Theresa May said on Sunday that Britain would be in uncharted territory if her Brexit deal is rejected by parliament later this month, despite little sign that she has won over sceptical lawmakers.

Britain is due to leave the EU on March 29 but May’s inability so far to get her deal for a managed exit through parliament has alarmed business leaders and investors who fear the country is heading for a damaging no-deal Brexit.

May said the vote in parliament would be around Jan. 15, as expected, contrary to reports she could delay it.

May has already delayed the vote once, in December, when it became clear she would lose unless extra reassurances from the EU were agreed.

Describing what would happen if she was defeated, May told the BBC: “We’re going to be in uncharted territory. I don’t think anybody can say exactly what will happen in terms of the reaction we’ll see in parliament.”

Amid the uncertainty over Britain’s next steps – which range from leaving without a deal to not leaving at all – a poll showed more Britons want to remain a member of the EU than leave, and voters want to make the final decision themselves.

May’s party itself is divided over its support for her deal, with many fearing that an insurance policy designed to avoid the re-emergence of a hard border between Ireland and Northern Ireland could leave Britain subject to EU rules indefinitely.

One of those leading that opposition, lawmaker Jacob Rees-Mogg, said in a newspaper article that it was “wishful thinking” that time away from parliament over the Christmas holiday could persuade him to change his mind and back the deal.

With the parliamentary debate on her deal due to begin on Jan. 9, May said there was still work to do to get reassurances over the backstop from the EU. She also promised parliament would have a greater say in the rest of the Brexit process and warned that rejecting her deal could prevent Britain’s exit.

“Don’t let the search for the perfect become the enemy of the good, because the danger there is actually we end up with no Brexit at all,” May said.

She did not answer whether she would, if defeated, make a second attempt to get the deal passed by parliament.

May also did not directly respond, when asked, if she was leading the country toward a no-deal Brexit, but repeated her objections to holding a fresh public vote on the deal.

She said a second referendum would be divisive and disrespectful to those who voted to leave in the initial vote, and also highlighted the lack of time available to hold a new referendum.

“Practically, actually you couldn’t get a referendum in time before the 29th of March – you’d be talking about extending Article 50,” she said, referring to the two-year exit notice Britain sent to the EU in March 2017.

The man who saved my new year in Eritrea