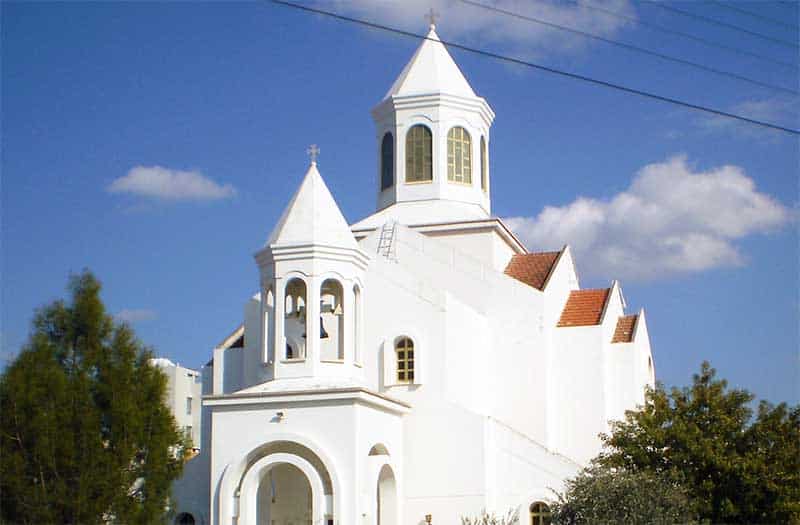 Members of the Armenian community have been asked to provide DNA samples on Sunday after a Christmas church service in Nicosia for research that aims to map the genetic background of the Cypriot population.

Armenians celebrate Christmas on January 6 and the Cyprus Institute of Neurology and Genetics (Cing) – which is carrying out the research – has chosen this date as the most suitable for the DNA collection since it the church was expected to see a bigger turnout than usual.

Members of the Armenian community over the age of 18 who were born in Cyprus and who would like to participate in the project, will give saliva samples after the liturgy.

The aim of the study, supervised by Professor Marios Cariolou of the Cing’s Department of Cardiovascular Genetics and the Laboratory of Forensic Genetics, is to identify the genetic profile of Armenians living in Cyprus.

The project, according to Cariolou, is a continuation of efforts to study the background of the Cypriot population.

Cariolou and his team have already published the results of a similar study on Greek and Turkish Cypriots which revealed a common pre-Ottoman paternal ancestry between members of the two communities. Next in line are Armenians, Maronites and later on, Latins, he said.

“We have already collected some DNA samples from Maronites and now we are collecting from the Armenian community,” Cariolou told the Sunday Mail.

He said that the response from both communities was very positive.

Cariolou said that if they are able to collect between 150 and 200 DNA samples from the Armenian community on Sunday, then they will be able to have the results by summer.

“The final goal is to study the genetic background of the Cypriot population,” he said.

The overall project is aimed at providing important historical and scientific data on the genetic background of all Cypriots residing in Cyprus.

Researchers will analyse the Y-chromosome of DNA samples from men whose father is of Armenian extraction and the mitochondrial DNA of women whose either mother or father are Armenian.

According to the Armenian Representative in the House of Representatives Vartkes Mahdessian there are around 4,000 Armenians living in Cyprus.

He told the Sunday Mail that when they were asked for help by the Cing the idea of a DNA collection sample after the church liturgy was deemed as ideal as many community members would be there.

Mahdessian said that members of the Armenian community who wish to participate in the project can also go to his office another day as DNA samples will also be collected there.

The Armenian community in Cyprus consists mostly of descendants of the Genocide survivors, Mahdessian said, who arrived on the island in the early 1920s although there were Armenians on the island as early as 578 AD, during the Byzantine Period, when villages such as Armenokhori in Limassol and Arminou in Paphos were created.

The Armenian Prelature of Cyprus was established in 973 by Catholicos Khatchig I and has ever since maintained a continuous presence on the island. Historically, the Prelature has been under the jurisdiction of the Catholicosate of Cilicia.

Prior to the mass arrivals of the mid-1910s and early 1920s, there was a very small number of Armenians in Cyprus, around 200, who had mostly arrived in the 19th century, fleeing early persecution in Ottoman Empire.

During the Latin Era, after the purchase of Cyprus by the titular Frankish King of Jerusalem Guy de Lusignan in 1192, a massive immigration of Armenian and other bourgeois, noblemen, knights and warriors from Western Europe, Cilicia and the Levant took place, to whom fiefs, manors and privileges were granted.

During the Frankish and the Venetian Eras (1192-1489 and 1489-1570 respectively), there were Armenian churches in Nicosia, Famagusta, Spathariko, Kornokipos, Platani and elsewhere, while Armenian was one of the official languages in Cyprus.

The Armenian-Cypriot population took a hit with the emigration of about 900 of its members to the UK during the EOKA anti-colonial liberation struggle (1955–1959). A second factor that contributed to the reduction of the community’s population was the emigration of about 600 Armenian-Cypriots to Soviet Armenia as part of the Panarmenian movement for “repatriation” during the 1962-1964 period (nerkaght).

The Armenian-Cypriot community prospered throughout the British colonial era (1878-1960), by establishing associations, choirs, scout groups, sports teams, musical ensembles, churches, cemeteries and schools, including the renowned Melkonian Educational Institute that closed down in 2005.

Following Cyprus’ independence in 1960, the Armenians in Cyprus, who were recognised as a religious group, opted to belong to the Greek-Cypriot community and were also represented in Parliament by an elected Armenian Representative.

According to Mahdessian, the governments of the Republic of Cyprus since 1960, as well as Cypriot society have actively supported the well-being of the Armenian community, “thus safeguarding the preservation of our rich culture, heritage, language and religious identity.”

A member of the Armenian community, who wished to remain anonymous welcomed the project, as this would shed light on the multicultural background of Armenian-Cypriots.

Georgia Neophytou, whose mother was Armenian, too said that the project was interesting and that either her or her sister would provide a DNA sample.

Neophytou’s mother was also half-Armenian from her father’s side, whose family had arrived from Turkey after the genocide while he was an infant.

“We are intrigued. It is an interesting initiative,” Neophytou said. She stressed however that despite the results as regards origins, this did not mean anything concerning one’s sense of belonging to the community in question.

How the neo-Nazis woo the young