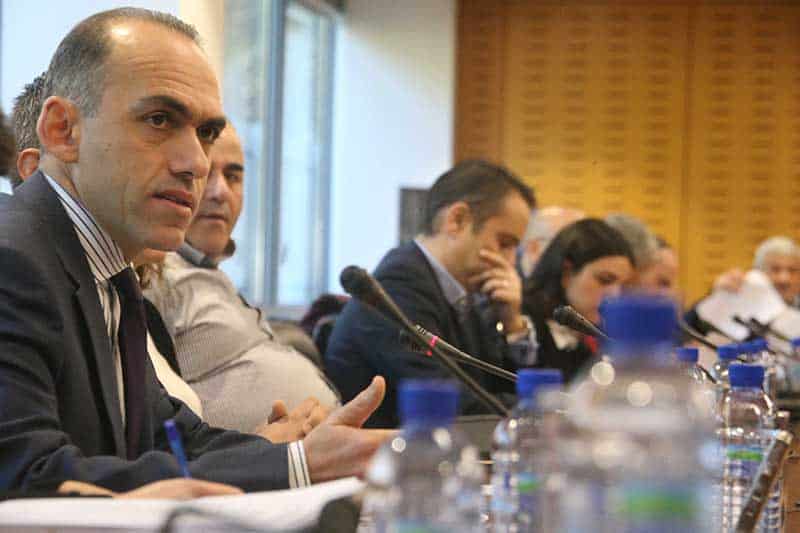 Opposition parties on Monday criticised the government’s Estia scheme for not offering any support to vulnerable groups of citizens that did not have the incomes to apply to join the scheme, which will offer state aid to housing loan defaulters.

Akel deputy Stefanis Stefanou, speaking after a House finance committee meeting, said there were no plans for vulnerable house owners that did not have the incomes to enter the procedure for the viable restructuring of their loan repayments under the scheme, accusing the government of making vague promises.

With the Estia scheme, the state would cover a quarter of the repayment of loans on primary residences after they are restructured and banks also take a small hit. People eligible to apply were those with a primary residence valued up to €300,000, with an annual family income of up to €60,000 and assets up to €240,000.

The scheme, Stefanou said, was designed “primarily for the banks, so they could get rid of their NPLs and be in a dominant position over borrowers.” He said this confirmed the view that the government looked after the banks and big interests and did nothing to protect society and citizens.”

Green leader Giorgos Perdikis was on the same wavelength, claiming the scheme was more in favour of the banks than borrowers. He warned there were borrowers that could not use it and there was a danger of the scheme, which will cost the taxpayer €33 million, ending in failure.

Deputies’ comments came after the briefing given to the House finance committee by finance minister Harris Geogriades, who said the scheme would be introduced in a few weeks. Currently the agreement between the state and the banks, which will be a legal document listing all the provisions of the scheme, was being prepared.

The agreement would then be sent to the state legal service for review before it was approved by the cabinet. It would give details such as the loan repayment period, the way in which objections would be examined and the way legal measures taken against the borrower by the bank would be suspended.

All the big banks had expressed an interest in joining the scheme, said Georgiades, but warned there would be “grey zones” as to whether a borrower was eligible. Such cases would be examined by the relevant committees of the labour ministry dealing with objections and the inclusion of special borrowers with special circumstances.

He acknowledged two categories would be excluded – people that had higher incomes or assets of a greater value than the maximums stipulated by the scheme and those whose incomes were so low they could not be viable lenders under the scheme. For the latter cases, the state was looking at the drafting of other schemes, Georgiades said, probably anticipating the opposition’s criticism.

Georgiades said that the Estia scheme was bound to raise questions, but it had been approved by the European Commission and would help Cyprus manage the problem of excessive borrowing which had left behind a big volume of NPLs.

Chairman of the committee Angelos Votsis said that it remained to be seen what will happen to the borrowers that would not be able to apply to the scheme. Several other plans of assistance were being examined by the government that believed there were not many cases, said Votsis.