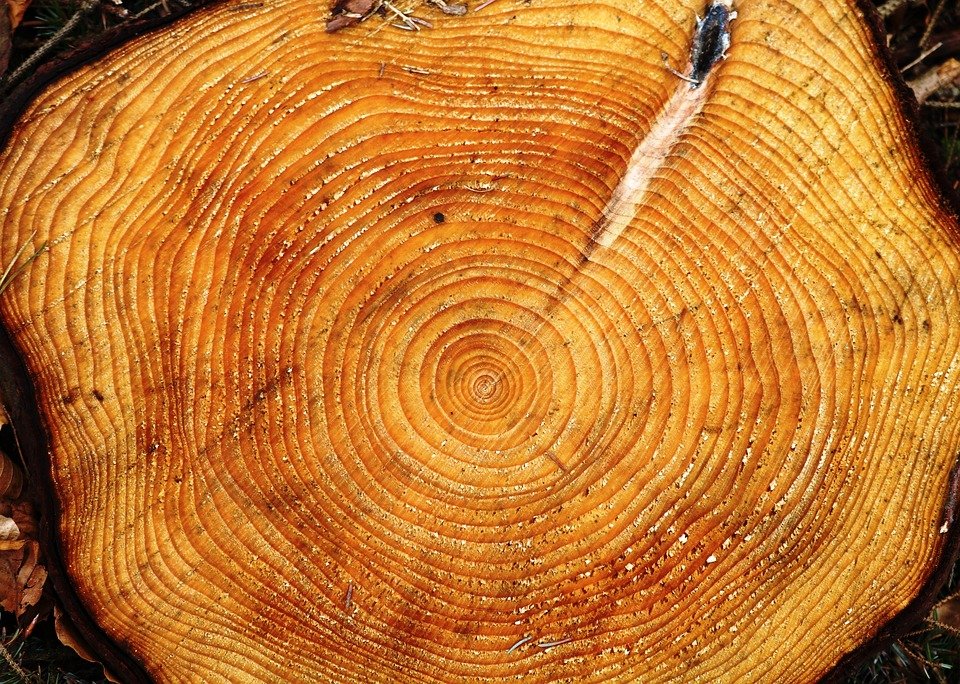 From rainfall to architecture, the rings of a tree reveal far more than just its age

Dendrochronology has more relevance for Cyprus than just the Greek roots of the word.

And to the layperson, dendrochronology means counting the rings of a tree when it is cut horizontally to determine its age because a tree grows one ring for each year of life.

This has been done in Cyprus, and the oldest, according to the forestry department, is a terebinth tree in Apesia, Limassol at more than 1,500 years old.

What fewer people know is that nowadays, dendrochronology is used for much more than finding out how old a tree is. It offers vital conclusions for studies of the environment, art, architecture and history among others.

“It is important to establish such a research facility in Cyprus,” said Nikolas Bakirtsis, associate professor and director of the Andreas Pittas Art Characterization Laboratories at the Cyprus Institute.

The lab draws from the expertise and work of Cornell’s Tree-Ring Laboratory in Cyprus, and will, in turn, produce new data and studies in collaboration with the US university and the two key government departments in an effort to develop the method in Cyprus and neighbouring countries which have similar tree-growth patterns such as Lebanon.

Critical to the science, trees from the same region tend to develop the same patterns of ring widths for a given period of chronological study.

Each tree is an imprint of its environment. Definitely one of the most useful things which can be done with this method is to determine when there have been droughts in the past, as the rings are not all the same width. The less water a tree has at its disposal during a given year the narrower the ring.

The scientists can thus map trees over time and place.

“These are the only indisputable hard evidence that exists from past environments,” said professor Sturt Manning of Cornell University and director of its Tree-Ring Laboratory. “With climate change, it is becoming increasingly important to understand the past, the present and the future.”

It also makes sense to match climate events with big happenings in the world. We are becoming increasingly aware that the longevity of the Roman Empire was supported by a uniquely long period of climate stability as it was a time when the climate did not suffer, Manning explained.

In times of drought, resources would dwindle, contributing towards the end of various empires, as hungry people were prone to rebel.

In Cyprus periods of severe drought are not a new thing, the trees have shown us. The 1760s and the 1880s were periods when water was scarce, and when many Cypriots migrated from the island.

Not only does dendrochronology have historical implications, but it can also inform us about the date of monuments and the related architectural choices.

Last year a collaborative survey between the Cyprus Institute, Cornell and the Department of Antiquities sampled wood from the floor beams and the tie-beams of the Dragoman’s house in the old city of Nicosia, the most important example of residential architecture from the last hundred years of Ottoman rule. Such samples can then be matched with established dendrochronology chronologies to offer dates for the specific wood samples.

The idea was to try to better understand the building history of the important complex, but also to explore the provenance of the wood used in its construction. Was it Pinus Brutia, the most common pine tree and available near Nicosia, Pinus Nigra, of better quality and a tree which only grows on the very top of the Troodos mountains or Cedar, the highest in quality but growing only in one certain area? Furthermore, was the wood local, from the forests of Cyprus, or shipped to the island from Anatolia?

Contrary to expectations, the wood was local Pina Nigrus. This may not sound that exciting, but it has, as so many of these data do, implications.

Up to this discovery, there had been no evidence for the existence of related specialised industry and a transport system that could carry high-quality wood from as far away as Troodos to Nicosia. It is also worth considering that the Dragoman Hadjigeorgakis Kornesios, being among the richer people, if not the richest person in Cyprus, spared no expense in quality materials – even for the mere floor beams of his house.

We know when the house was established, in 1793, but little more in relation to its architecture, materials and how long it took to build.

Wood samples such as this will give us a much better idea about when houses were built, Bakirtzis said. “Before dendrochronology, and without inscriptions, it was only possible to determine the age by the style and typologies through comparisons of buildings to others abroad, but this is not always accurate. For example, what was in fashion in 14th century Constantinople may not have reached Cyprus until much later, or, it may have happened instantly. Additionally, stylistic and typological comparisons can only offer broad chronological timeframes,” he said.

He explained that in Cyprus there are many monuments preserving wood dating from the Byzantine and medieval periods. For example, the famous churches of the Troodos range where wooden roofs, tie-beams, door frames and windows can offer valuable chronologies.

“This will be a new set of data that will enrich our knowledge. Until now, we have relied on the few surviving inscriptions and the stylistic dating of wall paintings.”

Dendrochronology also helps in determining the exact age of works of art such as icons. Icons may be unsigned, but when wood is dated and analysed it becomes possible to see if it comes from the same area, meaning several pieces can be attributed to an artist or a group of artists working together.

The new Cyprus Dendrochronology Laboratory will be using a newly developed technique of scanning the wooden surface, a non-destructive technique with minimal intervention for precious works of art.