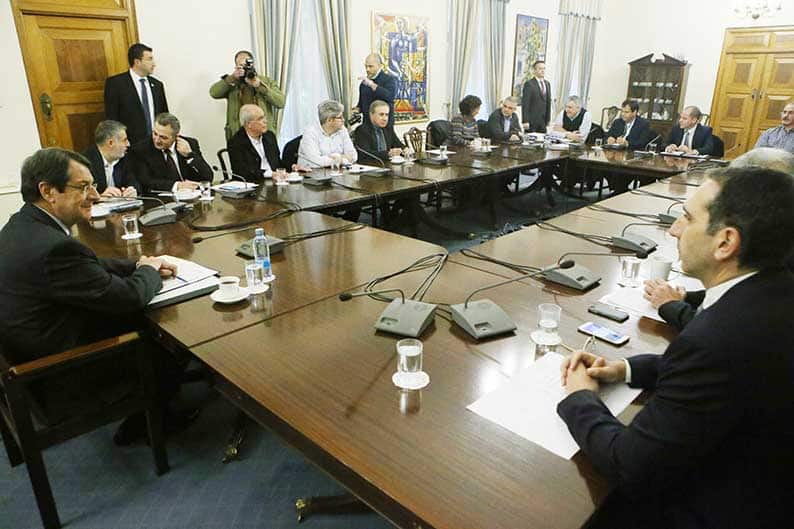 The Health Insurance Organisation (HIO), the Cyprus Medical Association (CyMA) and the medical societies agreed on Tuesday to enter an intensive dialogue in an effort to bridge differences on the implementation of the National Health Scheme (Gesy).

During a meeting with President Nicos Anastasiades and Health Minister Constantinos Ioannou, the HIO asserted that Gesy would be operational on schedule – on June 1, 2019 – while CyMA highlighted that such a development depended on whether its previously stated demands were met.

“In my opinion, we had a productive dialogue, and have made important progress,” Ioannou said after the meeting, adding that the differences between the two sides were decreasing, especially regarding primary healthcare, such as the issue of personal doctors and out-patient healthcare.

Outstanding issues in primary healthcare which are to be discussed between the HIO and medical societies, Ioannou said, include the clarification of the list of medical procedures, and of the number of patients to be seen by doctors, as well as the drawing up of a corrective mechanism in view of the possibility of some doctors becoming overextended.

On the issue of concurrent private healthcare, Ioannou repeated that this was not provided by the law and cannot be implemented in the context of Gesy, with CyMA president Petros Agathangelou noting that this would be a source of concern for the medical community.

Ioannou added that the HIO has not backed out of its proposal made in the past regarding the implementation of a guaranteed price range that will be charged by out-patient specialist doctors.

“The aim is for this proposal to be implemented for three years rather than one, which I believe is a substantial step on behalf of the HIO,” Ioannou said.

Regarding in-patient healthcare, which will be integrated into Gesy on June 1, 2020, Ioannou said that the discussing parties will begin intensive dialogue in the coming three to four months, as agreements must first be reached on issues regarding primary healthcare.

During the meeting, Anastasiades highlighted that within the coming months, the necessary agreements must be reached regarding in-patient healthcare, Ioannou said.

HIO president Thomas Antoniou said that through dialogue, which is part of the process by law, the possibilities for improvement of the scheme will become clear.

“From that point on, the position of both the president and the health minister is clear, and this is also the position of the political parties: on June 1 Gesy will be implemented,” Antoniou said.

Agathangelou said that there were still substantial and foundational aspects that remain unsolved regarding the integration of doctors into Gesy, noting that while progress was made in Tuesday’s meeting, complete agreement must be reached on all issues for Gesy to go ahead.

“Disagreements remain, as do divergences… The timeframe is narrow and the aim, as the minister has said, is the continuation of the dialogue,” he said.

Agathangelou repeated CyMA’s position made at the end of October after an extraordinary general assembly led to the drawing up of five demands which were a prerequisite for private doctors to participate in Gesy.

He highlighted that if these demands are met, CyMA would not be a barrier to Gesy, and denied that there are private interests involved in the association’s stance.