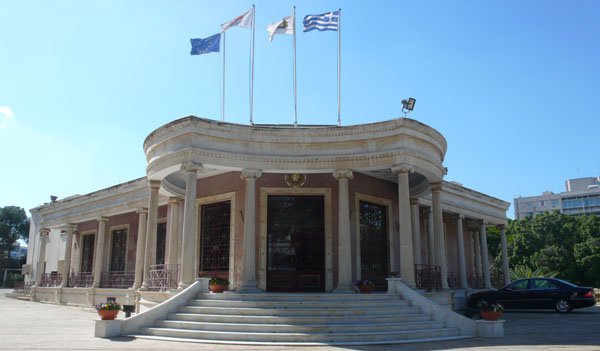 No final decision has been taken yet on which municipalities will be merged as part of the drive for local government reform, the interior ministry said on Tuesday, as media reports suggested that the number of municipalities would be halved.

“A techno-economic study is underway on reforming local government. Various scenarios are being examined, although there is nothing definitive at this moment and consultations with stakeholders are ongoing,” the ministry said in a statement.

“The priority is to reposition the relationship between the central state and local government, and to reduce municipalities’ reliance on the central state, both administratively and financially.
“Municipality mergers are not an end unto themselves,” it added.

The ministry was reacting to press reports on a government bill now being formulated with the participation of the government, technical consultants and the various municipalities and communities.
Daily Politis said it got a sneak peek of the draft bill, which provides for reducing the number of municipalities in the government-controlled areas from 30 to 15.

The bill could still undergo amendments by the interior ministry itself, by the cabinet later on, or ultimately by parliament as well.

Although the current proposal is understood to have the backing of ruling Disy and Diko, it’s said to be meeting with some resistance from local government party officials representing communities that do not wish to be merged with others.

The core philosophy, sources told Politis, hinges less on reducing the number of municipalities and more on devolving to them services and jurisdictions currently held by the central government.

In the Greater Nicosia area, the municipalities are to be cut from nine presently to four, with Strovolos and Aglandjia slated to be joined in one mega-municipality.

Another cluster would comprise the Nicosia, Engomi and Ayios Dhometios municipalities; and Lakatamia with Tseri.

According to the same sources, for the Famagusta district the proposal envisages the fusion of Paralimni with Ayia Napa, creating a single tourist-oriented municipality.

In the Larnaca district, Larnaca municipality is to be merged with Livadia and Dromolaxia-Meneou, and Aradippou with Athienou.

Lastly in Paphos, Paphos municipality would be fused with Yeroskipou and a few neighbouring communities.

Various municipalities and communities have openly opposed being joined up with neighbouring localities. Some entities, like Dherynia, who are financially robust are reluctant to merge with communities that are less so.

Green light for transfer of church land to the state