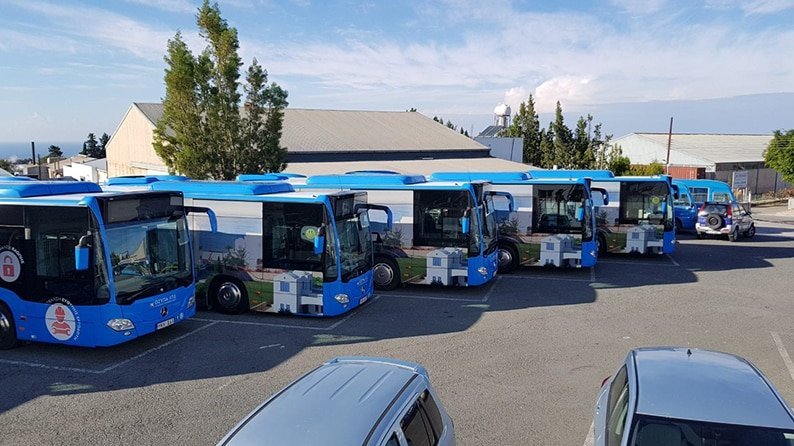 The reason, the drivers said, was the non-payment of wages for December.

“We have been waiting until this time for the competent ministry to make the payments without any results so far,” spokesman for the bus drivers Christos Evangelou said, calling on both sides, the ministry of transport and the company to finally resolve their dispute.

Evangelou added that 5,000 pupils and around 3,500 other passengers are expected to be affected by the strike on Wednesday.

School bus drivers in Larnaca called a strike on Monday, also over unpaid wages, claiming they had not been paid since October. Chairman of Zenon bus company Loucas Louca told the Cyprus News Agency the bus drivers, who were not employees but associates, are demanding what they are owed, but the company is unable to pay them because the state will not give the necessary amounts so that the associates could be paid.

They decided to call off their Monday strike, which caused many schoolchildren to miss classes, after a meeting at the transport ministry later in the day. School buses were running at lunch-time.

Transport minister Vasiliki Anastasiades said that although the issue was an “internal dispute” of Larnaca’s Zenon bus company, the interested parties where invited to the ministry for a meeting with the permanent secretary and the “specific issue” was resolved.