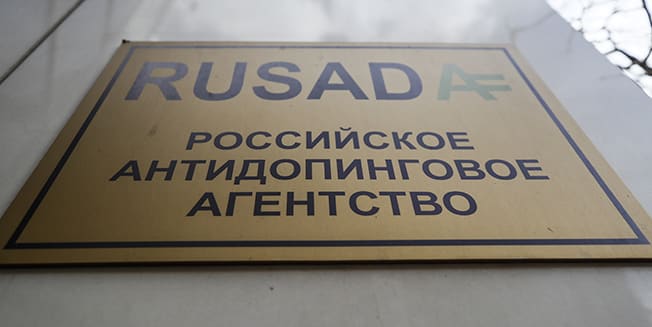 World Anti-Doping Agency (WADA) experts will return to the Moscow laboratory at the centre of the Russian doping scandal on Wednesday to extract testing data that could lead to the prosecution of hundreds of drugs cheats.

Access to the lab’s secrets was a condition of the deal the Russians struck with WADA in September to lift the Russian Anti-Doping Agency’s (RUSADA) near three-year ban.

But that agreement was plunged into doubt when a five-strong team was prevented from carrying out its mission by the December 31 deadline because its technical equipment had not been certified by the local authorities.

This led to howls of protest from national anti-doping agencies and athletes’ groups, many of whom were already angry about the decision to reinstate RUSADA.

But Russian sports minister Pavel Kolobkov and WADA bosses, most notably president Sir Craig Reedie, have been in regular contact ever since the first group of experts left Moscow empty-handed on December 21 and a three-man team is now scheduled to arrive on January 9.

In a statement, the Montreal-based agency said the certification issue has now been “resolved” and explained why it is so important to gain unfettered access to the lab, which has been sealed as a crime scene ever since the scandal erupted in late 2015.

“Access to, and subsequent authentication and analysis of, the data remains crucial in order to build strong cases against cheats and exonerate other athletes suspected of having participated in widespread doping on the basis of previous WADA-backed investigations led by Richard W. Pound and Professor Richard H. McLaren,” said WADA, referring to the two main inquiries that uncovered Russia’s state-sponsored doping programme.

Noting that the first deadline was missed, WADA said its independent Compliance Review Committee (CRC) is scheduled to meet on January 14-15 to consider if RUSADA should be declared non-compliant again – a move that would have major repercussions.

The CRC’s recommendation will then be debated by WADA’s executive committee, via teleconference, as soon as possible, with the agency now able to issue more wide-ranging sanctions than it could in 2015, thanks to the increased powers it has under beefed-up compliance rules.

CRC chair Jonathan Taylor QC, the man who drafted the new International Standard for Code Compliance by Signatories (ISCCS), explained WADA’s stakeholders “were very keen” that declaring a signatory non-compliant should be a last resort and the signatory in question should be “given every opportunity to comply”.

“As a result, the CRC regularly receives late information from signatories ahead of its meetings, which may or may not demonstrate compliance with the outstanding requirements,” said Taylor.

“It will treat this case no differently, reviewing in detail all information submitted by: RUSADA and the Russian authorities; the WADA audit team that visited RUSADA mid-December; the WADA extraction expert teams; and WADA’s internal compliance taskforce. It will then make its recommendation to the WADA ExCo, entirely independently and without any outside influence, as we have always done.”

Taylor has already defended this process in letters to several athletes who have strongly criticised WADA’s approach to Russia, saying he is following “due process” so the Russians cannot claim they have been singled out or unfairly treated.

That, however, has not satisfied those who are still angry that deadlines do not appear to matter for one of international sport’s so-called superpowers.

In his statement, Reedie has tried to reassure those concerned that the prime suspect is the one deciding the course of justice, by saying RUSADA could still be declared non-compliant again, regardless of whether the experts are able to carry out their work.

“This week’s mission to Moscow is not only about us following due process and precedent. If the mission is successful in acquiring the data, it will break a long impasse and will potentially lead to many cases being actioned,” he said.

“Regardless, in the short-term, the ExCo will be considering whether RUSADA should maintain Code-compliance status alongside anti-doping organizations of other major sporting nations that enjoy the same.”

If WADA suspends RUSADA again, Russia would not be able to host any international sporting events and would almost certainly have to send a neutral team to the World Athletics Championships in Qatar this autumn.