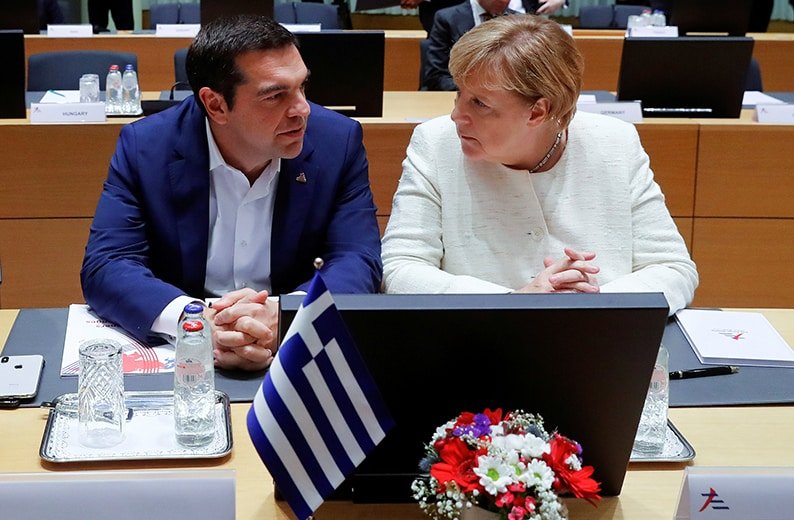 German Chancellor Angela Merkel will urge Greece to press on with tough economic reforms and maintain strict fiscal discipline when she visits Athens on Thursday for the first time in nearly five years.

Merkel, whose insistence on austerity measures during Greece’s debt crisis made her unpopular among Greeks, will also encourage Greek politicians to support a name deal with Macedonia that Germany and the European Union hope will foster peace and stability in the Balkan region.

Leftist Prime Minister Alexis Tsipras, trailing badly in opinion polls ahead of a parliamentary election this year, has promised to reverse some unpopular reforms following the expiry last August of the third international bailout since 2010.

Far-left parties have called protests against Merkel’s visit on Thursday.

Germany, the EU’s paymaster, is also concerned about the Tsipras government’s ability to push through parliament an agreement it clinched with neighbouring Macedonia that would change that country’s name to the Republic of North Macedonia.

Tsipras’ right-wing coalition partner, the Independent Greeks, has threatened to quit the government if the deal comes before parliament. Many Greeks want the country’s northern neighbour to drop ‘Macedonia’ from its name, saying it implies a territorial claim on a northern Greek province of the same name.

Germany regards the name accord as a diplomatic triumph that paves the way for the tiny ex-Yugoslav republic to join the European Union and NATO and limits the scope for Russian influence in the Balkans.

On Friday Merkel will meet Kyriakos Mitsotakis, leader of the conservative New Democracy party, which is leading in opinion polls and is also opposed to the deal with Macedonia.

The issue of World War Two reparations for Greek victims of the brutal Nazi occupation and the repayment of a loan Greece was forced to make to Germany at that time may also be raised during Merkel’s two-day visit, diplomats said.

Germany has dismissed Athens’ demands but the Greek president raised the issue when his German counterpart visited Athens last October.

Cambodian jailed for three years for insulting king on Facebook