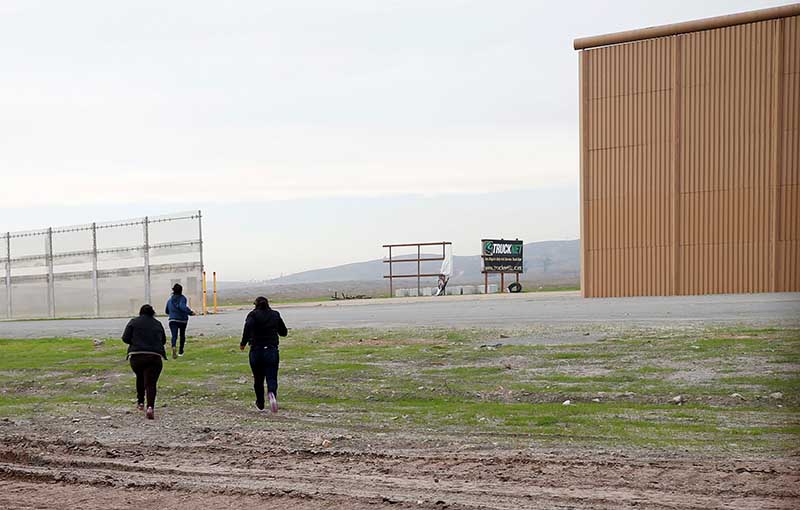 Mexican authorities are investigating a battle between two suspected gangs that left at least 20 bodies, 17 of them burned, in a border town near where U.S President Donald Trump will visit on Thursday to win support for his plan to build a wall.

Trump is headed to McAllen, Texas, on the U.S. border. He has threatened to declare a national emergency if Congress does not meet his demand for billions of dollars to build a wall between the United States and Mexico.

He has justified that demand by saying that undocumented migrants, criminals and illegal drugs have been pouring across the border, although statistics show illegal immigration has fallen to a 20-year low, while many drugs are believed to enter through legal ports of entry.

A Mexican security official said that authorities discovered 20 bodies on Wednesday, 17 of them burned, outside Ciudad Miguel Aleman, which is about 90 kilometers (56 miles) from McAllen, across the Rio Grande river. Five burned vehicles were also found near the bodies, the security official said.

A separate state security official said on Thursday that 21 bodies had been found at the site.

Tamaulipas has become one of the most violent states in Mexico, convulsed by gangs fighting to control drug trafficking, extortion rackets and the exploitation of migrants.

Tens of thousands of people have been killed in Mexico during years of fighting between security forces and warring drug cartels.

Teams from both sides join forces to clean up vandalised monastery

Tender documents for design and build of EuroAsia Interconnector published