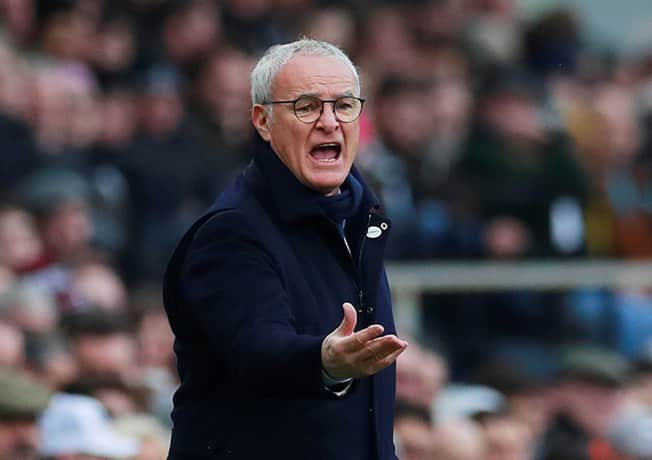 Fulham have won just three matches in their 21 outings on their top-flight return this term, with Claudio Ranieri replacing Slavisa Jokanovic at Craven Cottage in November

Fulham have won just three matches in their 21 outings on their top-flight return this term, with Ranieri replacing Slavisa Jokanovic at Craven Cottage in November.

Chelsea’s former England defender Gary Cahill has been linked with a loan move to Fulham, and Ranieri has conceded the Cottagers need to strengthen this month.

“I think we have to sign somebody to survive,” said Ranieri. “I think also it would be a very good boost for all my players.

“I think we are open-minded, I speak every day with (vice chairman) Tony (Khan), and then we are so close and we are working, and I hope at the end we achieve what we are thinking.

“We have a very good team, but without experience.

“And then we need somebody who has experience, a leader, with good character, that’s his personality, then we can improve our team.

Ranieri has remained tight-lipped about Fulham targets, but the west London club need defensive reinforcements, especially with Alfie Mawson facing a spell on the sidelines.

The former Swansea defender is nursing a knee injury, with no timescale on his possible return yet confirmed.

Ranieri did, however, confirm Fulham are intent on recruiting this month, despite spending more than £100million on new signings in the summer.

Stefan Johansen has been linked with a move away this month, but Ranieri insisted he would be happy to keep the Norway midfielder.

“If he stays I’m happy, he’s a good player and I can help,” said Ranieri, of Johansen.

“We are looking in every direction, and we’ll see what happens.

“The market is open and we are ready to take someone who can help Fulham.”

Fulham bowed out of the FA Cup’s third round following a limp 2-1 home defeat, but Ranieri is confident the squad have reset their focus this week.

“I’m positive because I believe in this team and this club,” said Ranieri.

“But also Burnley think, ‘if we kill Fulham we go up’.

“And for this reason, I think it’s a very, very crucial match.

“Believe me, at the moment I never look at the table.

“Because I know where we are, staying under water and I want to go up!”