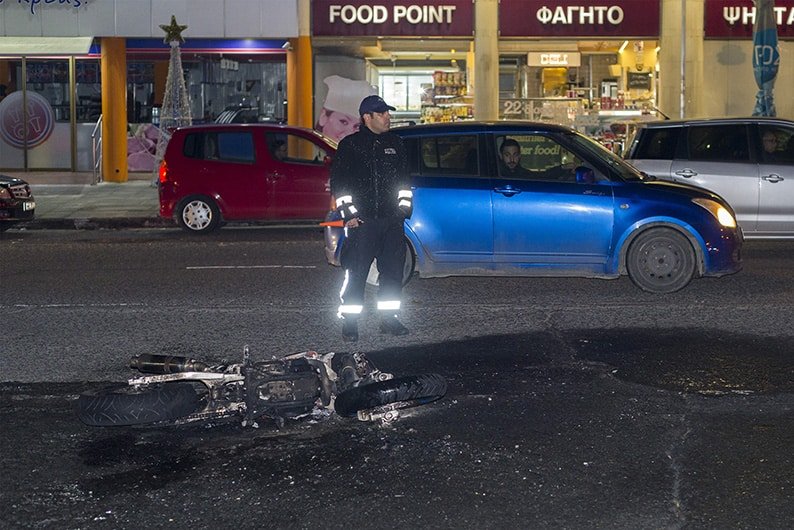 A 36-year-old motorcyclist died in a crash with a vehicle just after 6pm on Friday in Limassol. It is the first road death of 2019.

Andreas Demetriou, father of two minors, crashed into a vehicle driven by a 60-year-old man who attempted an illegal turn to the right on Nikou Pattichi street, cutting off the 36-year-old who was coming from the opposite direction, the director of traffic police in Limassol, Michalis Michael, said.

The collision caused Demetriou to crash onto the concrete, while his motorcycle burst into flames. A helmet was found at the scene.

Demetriou was taken to the Limassol general hospital, where his death was confirmed. The other driver was arrested.